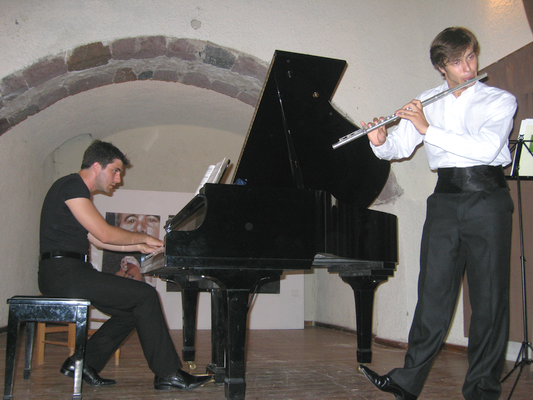 «Panos Karan, whose delicacy of touch and singing tone were admirable … his playing was sensitive to the music while exuding confidence of his own mastery of the work» Musical Opinion

Panos Karan was born on the island of Crete in 1982. He was brought up in Athens, where he started piano lessons at age seven and very soon distinguished himself. At the age of nine Panos made his debut in San Francisco. In 1997 he was offered a place at the National Conservatoire of Greece in Athens, to study with Agathe Leimoni. He completed his studies three years later, being one of the youngest pianists to ever have graduated from the Conservatoire, obtaining the highest available distinction, together with the very rare «Special Award for Outstanding Performance».

He has performed with enormous success in London, the UK, and in different musical centres throughout Europe, as a recitalist, chamber musician, as well as a soloist. In 2002 a performance of Beethoven Piano Concerto No. 2 with the LSCO at the South Bank Centre, London, was received with great critical acclaim, as was his return appearance with the LSCO at St. Martin-in-the-Fields in 2004, with a performance of Rachmaninov 2nd Piano Concerto. In February 2005 he performed a debut recital at the Megaron Concert Hall in Athens, a musical event long awaited by the public and critics in Athens. In March 2007 he performed as soloist with St. Petersburg Kamerata at the Megaron Concert Hall in Athens, while in May 2007 Panos played a debut recital at Carnegie Hall (Weill Recital Hall) in New York, proving that he is one of the top pianists of his generation.

Since 1998 he has consulted privately with the distinguished Russian Professor Sulamita Aronovsky and in 2000 he was invited to study with her at the Royal Academy of Music in London. In 2006, he completed his postgraduate studies and a Master Degree was awarded to him. As of 2004, Panos is a scholarship-holder of the Onassis Foundation.

Future plans include performances of the complete cycle of the Beethoven Concertos in the UK, return appearances with the St. Petersburg Chamber Orchestra, as well as solo and concerto engagements in, Greece, Russia, Lithuania, Spain, Italy and the UK.

Dmitry has recently graduated from Royal Academy of Music (London, UK), where he studied Postgraduate with Professor William Bennett, and has got the special Diploma of RAM for his outstanding Final Recital.

Dmitry was born in Vladimir (central Russia). He started playing the flute in Vladimir in the music school. In 1996 was given a place at the Specialized Musical Secondary School of Gnessins (Moscow, Russia) where he studied with Professor A.V.Korneev. Since the age of 13 Dmitry has been playing in Russia’s premier concert halls, such as the Big Conservotoire Hall, Tchaikovsky Concert Hall, «Rossiya» Concert Hall (Moscow), Barbican Hall (London), Royal Festival Hall (London). With the support of the «School of Muses» international charity program he performed as a soloist in concert tours to over 10 countries in Europe. He also played in many orchestras, among which is the Moscow Symphony Orchestra, «Musica Viva» Chamber Orchestra, London Symphony Orchestra, Russian Orchestra of London.

After his graduation form the Moscow Specialized Musical School of Gnessins in 2002 he successfully passed exams in to the Moscow State Conservatoire and has successfully graduated from the Conservatoire in 2007. During years of Studying in Russia Dmitry has come to England to have lessons with Professor Trevor Wye in 2002 (Kent, UK), and William΄s Bennett international Flute Summer Schools in 2003-2004. He participated in a charitable programme «Musical Moments»under the patronage of The Canterbury Tree Cities Associations in 2003.

Since February 2007 Dmitry is on the position of Co-Principal flute in Moscow Philharmonic Orchestra. He also assists some students of Professor Alexander Korneev in the Moscow State Conservatoire. 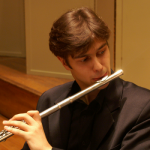 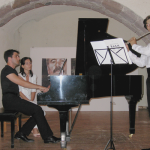 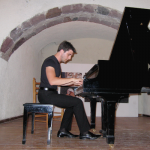 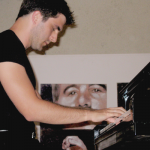 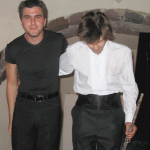 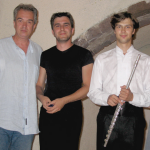 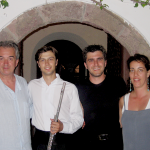 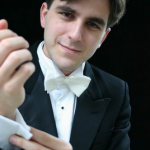 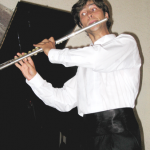