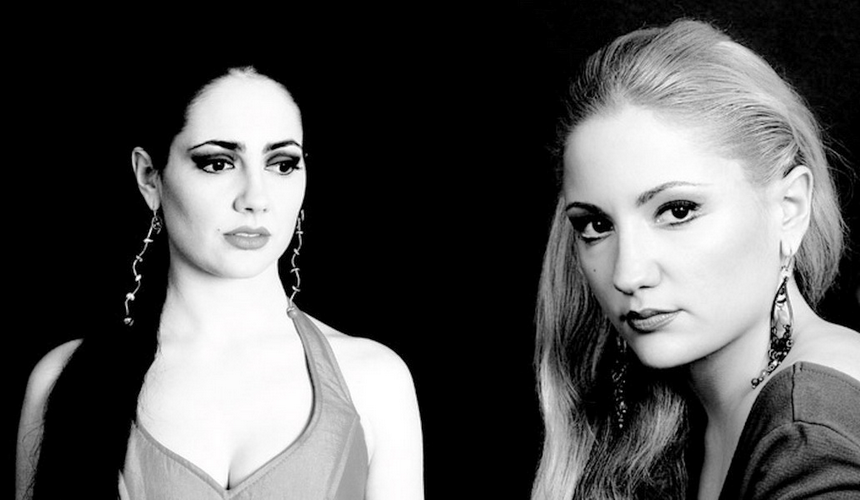 «Around the world in … octaves»

On August 7th the musical performance «Around the world in … octaves» is unfolded by Eleni and Souzana Vougioukli, who sing in 20 languages and dialects with their ethereal voices, solo or duet, but also play the piano and the guitar. Two thrilling voices, unique in character, timbre and expression, equal in their high class dynamic musicality.

Eleni and Souzana Vougioukli highly impressed by the potential of human voice as an innate musical instrument, started experimenting with their voices and in 1997, still at high school, gave their first public concert as the group AURORA BOREALIS, a cappella, with songs from all over the world.

Their preference in the mode a cappella is further reinforced by the fact that their songs, in their majority, are traditional and consequently more likely to be performed in a simple way, i.e. without many and complex instruments. However, by no means does this imply that they sing only a cappella; on the contrary, they perform their songs by guitar, piano and percussion instruments they play themselves.

Furthermore, as the lyrics of their songs are considered to be of great importance-a diachronic vehicle carrying culture and history- they are sung in the original language, with a lot of respect to the conventions of pronunciation and prosody of each language and dialect.

Their repertoire consists of traditional Greek songs, including rebetika and in dialects such as Graekophones from Southern Italy, fado, Spanish, French, Italian, Romanian, Turkish, Arabic, Roma, Serbian, Bulgarian, Pomakika, Armenian, and American blues and jazz. In all, they sing in more than twenty languages and dialects from all over the world which they either speak or understand to a sensible degree.

All their songs have been chosen on the basis of two criteria, namely their expressiveness and their diachronic and universal message; moreover, they devote a lot of time and rehearsals working on them long before they decide to perform them in public. Even more so, they are always trying new versions on so as to discover hidden elements that do not normally emerge prima vista.

Since 2004, they have been working with ALMA KALMA, a Research Laboratory of Performing Arts, under the guidance of the director Yiannis Mitrou as performers-singers.

Eleni Vougioukli was born in Thessaloniki but educated in Xanthi. She holds a degree in Balkan, Slavic and Oriental Studies of Economic University of Macedonia in Thessaloniki. She has studied the piano -since the age of five- she holds a degree in Advanced Theory of Music, as well as classical song, Byzantine music, jazz and blues. However, she started with traditional singing at a preschool age, gave her first public performance, as a member of a folklore group at the age of 12, while at 14 she is awarded first prize in the National School Contest of Music organized by the Ministry of Education.

Her interests also include performing acts, in which she has been involved since 2004. She speaks English, French, Turkish, Arabic and understands sensibly Russian and Italian.

Souzana Vougioukli, EleniI„s sister, was born and educated in Xanthi. She holds a degree of Pure Mathematics, at Aristotle University of Thessaloniki. She has studied the piano -since the age of five- and the guitar, she holds a degree in Advanced Theory of Music, as well as classical song, Byzantine music, afro-jazz and blues. She is also involved in music composition and song – writing.

She is interested in dancing all classical, latin and jazz as well as performing arts, in which she has been involved since 2004. She speaks English, French and she can sensibly understand Italian, Spanish and Portuguese. 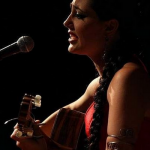 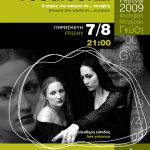 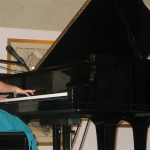 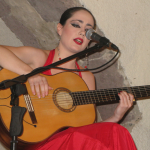 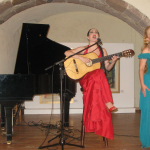 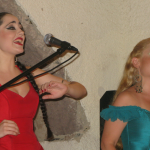 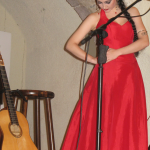 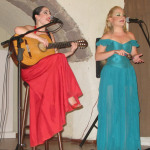 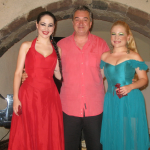 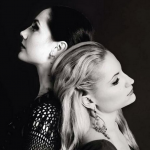 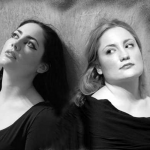 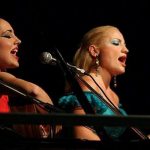 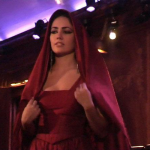