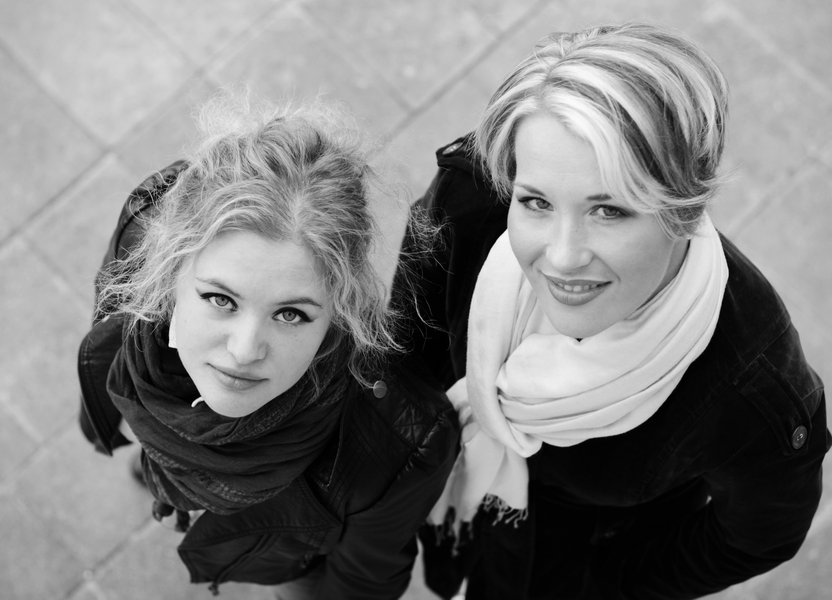 A special recital of classical music for violin and piano takes place on 17/8 by DUO EDAN, the two outstanding virtuoso soloists from Vienna, the Hungarian violinist Édua Zádory and the Ukrainian pianist Anastasiia Dombrovska. Édua and Anastasiia formed a duo with passion, personality and an astonishing homogeneity, where the boisterous and confident interpretation of Zadory is in perfect artistic harmony with the fiery and impetuous playing of Dombrovska.

The concert takes place under the auspices of the Embassy of Hungary and the Embassy of Ukraine in Athens and the kind support of Aegean Airlines and Priamos Maritime.

The soloists of the EDAN duo, Édua Zádory (violin) and Anastasiia Dombrovska (piano) both studied at the University of Music in Vienna, and have been working together since 2009. Although the duo EDAN is relatively speaking still at the beginning of its career, they have already adapted a clearly international approach. This is due to the fact that the members of the duo, Édua and Anastasiia (hence their name, EDAN) were celebrated and well-respected artists in Europe’s concert halls even before they started working together. Édua Zádory has had a 10-year-long international experience as a soloist and chamber musician, whereas Anastasiia Dombrovska has been a soloist with the most important orchestras of Eastern Europe on tour.

In their founding year, the duo of Zadory and Dombrovska was selected by the renowned jury of the chamber music competition Concorso Internazionale di Musica da Camera Gaetano Zinetti (Sanguinetto, Verona) as first prize winner for excellent performance and exemplary interpretation. In rapid succession, the temperamental duo EDAN held concerts in Austria (Vienna), Italy (Verona and Mantua), Egypt (Cairo) and Iran (Teheran). The series of concerts have been going strong ever since. In 2011 alone, they have already given concerts in Portugal, Hungary (Budapest and Szeged), Germany (Bremen), Turkey (Ankara) and Italy (Rome).

The members of the duo EDAN form a congenial team, melting passion and personality into an artistically and musically refined performance. The boisterous and confident Zadory is in perfect harmony with the fiery and impetuous Anastasiia. These radiant artists present an astonishing homogeneity, which is registered by international audiences as a duo with one breath and one heartbeat.

This synchronized heartbeat and artistic harmony, in which the two musicians reinvent themselves, can be traced back to their Central European origin: Zádory was born and grew up in Hungary, whereas Dombrovska grew up in a Poland-Ukrainian family with Jewish predecessors in Kiev. Their formation, the EDAN duo puts great emphasis on Hungarian and Jewish music, also reflecting the common origin of these two talented musicians.

Apart from their above mentioned specialty, the EDAN duo has an extensive repertoire of compositions from the classics as well as contemporary music, which they are known to present in a surprisingly new way, and with the highest possible technical accuracy and musical creativity.

As for further plans, a CD recording (Quinton Records), a series of concerts at the old Town Hall of Vienna, the Austrian and Hungarian Cultural Institute in Rome, and a concert in Innsbruck are already in motion.

Édua Zádory, which means “glistening moonrise” in Hungarian, was born in 1974, in the southern Hungarian town of Kecskemét. At the early age of seven, Édua’s outstanding talent on the violin became evident. Taking part in a competition at the Franz Liszt-Musikhochschule, Édua wowed the judges with her exceptional talent and was offered a scholarship at this outstanding Swiss institute of music. In 1992 Édua began to study under star violinists Habib Kayaleh and Tibor Varga. One of the greatest violinist of the 20th century, Yehudi Menuhin, recognized Édua’s exceptional talent. He invited her to join his master classes at Gstaad, Switzerland.

In 1997 Vienna, the city of music, became the center of her life. At the University of Vienna, Édua studied under highly acclaimed teachers Günter Pichler and Ernst Kovacic. After her university studies, Édua began to attend master classes with István Ruha, Péter Komlós and the Altenberg Trio Wien. Concerts around the world contributed to her international career. In 2001 Édua and her “Eszterházy Trio” proved their talent once more at the Styriarte music festival in the Austrian city of Graz. Heralding the Trio’s performance, the paper “Kleine Zeitung” wrote that there was “a ghostly fusion between Beethoven’s music and the three musicians”.

At the music festival “Mondseetage 2003-2005” Édua Zádory played chamber music at the highest level, together with colleagues Christian Altenburger and Benjamin Schmid. A series of solo concerts followed in the Golden Hall of the Wiener Musikverein. In 2005 the “Hungaria Piano Trio” –Tamás Varga, Édua Zádory, Balázs Szokolay– was formed. Together the trio put on magical performances not only in the Wiener Konzerthaus, but also at the Budapest Spring Festival. “Édua Amarilla Zádory has it all. Every single stroke of her bow resonates with passion”, noted the Hungarian Culture Magazine “Élet és irodalom” in 2006.

Numerous TV and radio performances (in Hungary, Switzerland, Austria, Belgium, France) as well as CD productions by Hungaroton followed. The “Bulgarian Rhapsody” is Édua Amarilla Zádory’s respectful hommage to (Pancho) Vladigerov and is full of fervid passion and fire. A world premiere released in 2006 by Hungaroton. Another world premiere followed in June 2007 in the Austrian town of Prein an der Rax. There Édua Zádory performed the violin solo dedicated to her by the Austrian composer Johanna Doderer. In July 2007 she performed at the Hungarian Culture Institute in Paris. There the Austro-Hungarian spirit of Édua’s violin expertise brought the music of Enescu, Bartók und Beethoven to life. In October 2007 hundreds of music lovers were fascinated by Édua’s solo performances at the highly acclaimed Bariloche-Festival “Lao Lao” and in El Borges di Buenos Aires. In September 2008 at the Teatro Nacional di Santo Domingo, 1.500 people gave Édua a standing ovation after her interpretation of Vivaldi’s “Four Seasons”. Édua Zádory has recently risen to stardom in places as remote as Iran, Morocco and Turkey. At the National Opera House in Mersin, Édua and Rumanian pianist Raluca Stirbat celebrated great triumphs.

Her professional life in Vienna has been marked by numerous concert engagements. Whether performing solos in the Golden Hall of the Wiener Musikverein, serving as lead chair of the Vienna Chamber Orchestra, or playing alongside the other members of her “young” Hungaria Piano Trio, Édua’s expressive and beautiful music expertly fuses Hungarian soul with the traditional Viennese sound.

In 2009 Èdua Zádory in Duo with Anastasiia Dombrovska won first prize at the prestigious Gaetano Zinetti international chamber music competition in Sanguinetto, Verona. In 2011 she performed at the Loisiarte Festival. Following that, she participated in the 17th International Canberra Music Festival, as part of the Australia Tour sponsored by the Austrian embassy.

From October 2011, she is teaching at Kunstuniversität Graz.

Édua “Amarilla” Zádory plays a masterpiece of a violin dating from 1801 and crafted by Joseph and Antonio Gagliano.

Anastasiia Dombrovska was born in Uzhhorod, Ukraine in 1987. In 2006 she started her studies at the University of Music and Performing Arts Vienna, with Heinz Medjimorec as her first professor.

She has won several international competitions in Ukraine and Slovakia as well as the F. Chopin competition in Poland and in Estonia.

In 2009 she won the first prize of the International «Gaetano Zinetti» Chamber Music Competition in Italy and the main price at the «Bluethner Golden Tone Award competition” in Vienna.

She has already played with several symphonic orchestras in Poland, Estonia and Ukraine and gives several concerts as a soloist as well as a chamber musician. 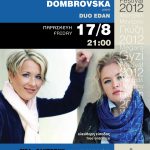 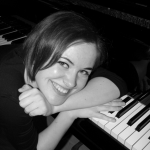 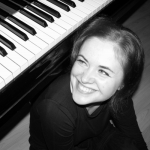 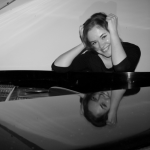 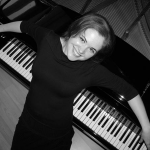 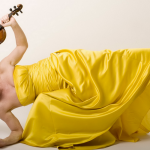 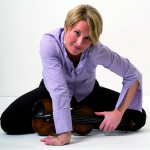 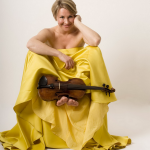 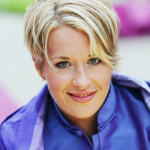 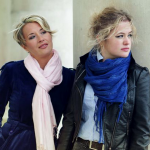 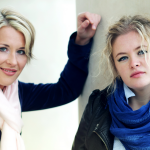 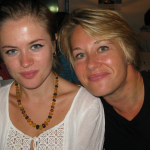 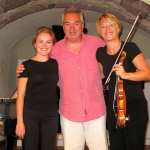 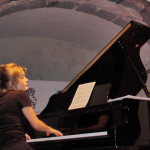 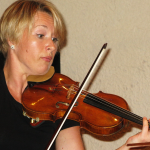 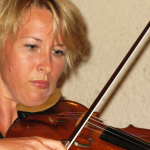 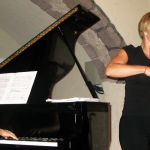