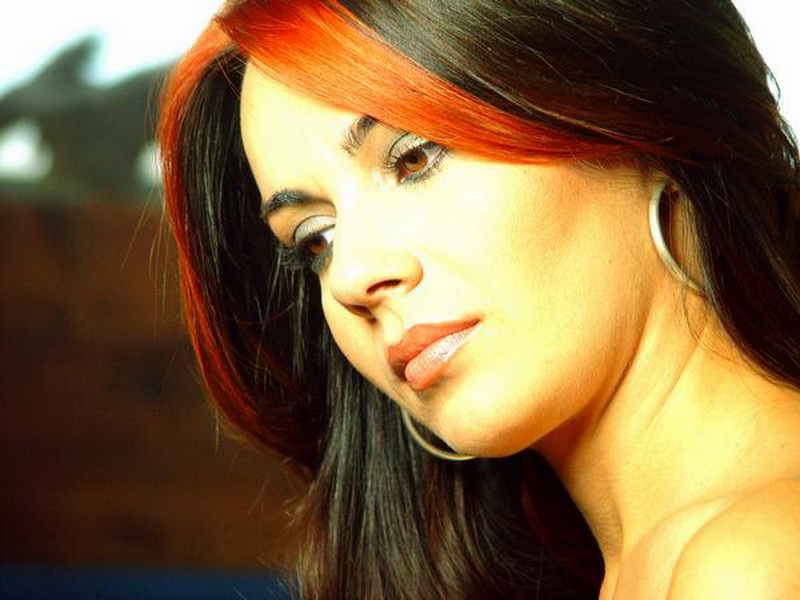 Zoe Tiganouria and Yiorgos Psihogios, together for first time, travel us on August 17th in a latin-tango-jazz performance, but also in rhythms of Greek melodies. The sensual dynamism and the talent of the virtuozo accordionist Zoe Tiganouria are linked in a magic mixture with the explosive temperament of the leading pianist but also excellent accordionist Yiorgos Psihogios. Central axis of this melodic tour they are the three music recording works of Zoe Tiganouria «Libertango», «Tanguera» and the recent for the soundtrack of «Deligianneio Parthenagogeio», as well as the two music recording works of Yiorgos Psihogios «Resurrection … a jazz sensation» and «Love Obsession … a jazz sensation 2«.

Zoe Tiganouria as an accordion soloist has worked with the biggest names in contemporary music scene concerts in Greece (G. Dalaras, D. Galani, H. Alexiou, Marinela, N. Papazoglou, M. Lidakis, M. Chatzigiannis and many others) and participated in hundreds of recordings. Moreover, she has worked with internationally renowned artists like James Brown (support at his concerts in Greece).

In 1999, she also appears as a composer with her first songs (her songs have been interpreted by D. Galani, V. Papakonstantinou, G. Andreatos, K. Makedonas, E. Peta, Areti Ketime, D. Ifandis, D. Basis, Ch. Dandis, Zozo Sampoutzaki and many more). ZoeI„s cover versions of «Ase me na figo» (Let me go) and «My all» can be found in the selections «El Pecado» and «ChillinI„ in Mykonos», respectively. Furthermore, she has performed as a soloist in the orchestral works «Syrna» by Michael Koumpiou (from which the piece «Astradeni» was included in the collection of Buddha Bar), «Foux Bijoux» by George Kazantzis and «Carte Postale» by Notis Mavroudis in the piece «Tango Latino». In April 2006, she composes music for a Greek-Turkish documentary that was shot in Prigiponisia, on the island «Antigone» and was hosted by the Turkish media.

In 2003, she begins her personal quest on the kinds of music worldwide that results in the creation of two albums under the artistic direction of the composer and producer Alexander Karozas: Libertango (April 2006) and Tanguera (December 2006). In March 2008, she appears once again as a composer and her new record is released. The album also includes the soundtrack of the TV series «Deligianneio Parthenagogeio» with Zoe as the artistic director along with Charis Romas who also wrote the lyrics. The greek famous singer Vasilis Papakonstantinou performs vocally the soundtrack. Produced by Alexandros Karozas and Zoe Tiganouria.

The last three years she has been performing in concerts in Greece and abroad with great success. In November 2007, she takes part on Michalis ChatzigiannisI„ tour in Europe. This year, Zoe starts a worldwide cooperation with an international accordion manufacture company. The companyI„s representatives met in Los Angeles and came to this decision after having heard and seen ZoeI„s album and video. Concerts and the production of an album abroad will follow.

A few words from Zoe …

«I grew up on Samothraki, an isolated island, cut off from the world. I could not attend music lessons because there were no schools. I did not go to any concerts simply because none were held. But I did listen to my father play the violin, from the moment I was born. And music passed inside me by ear … and the dream. Firstly, a harmonium came to the island. A piano in Athens followed. Lessons were interposed, a journey, a degree in harmonics and counterpoint, the first jobs …The accordion was the last to come. A green accordion that was forgotten at home. With it, however, I found my way. I play … and the accordion touches my heart. It lets the body wholly partake in the production of sound and it sends out erotism, releasing something wild and, at the same time, sweet to the ear. II„m growing up with it and I realize how harmoniously it binds to my character.

And almost ten years have passed. The urges I had «locked up» inside me, found a way to be expressed as I have experienced the miracle of composing. And the accordion takes me from the Argentinean tango to Tsitsanis and from Hipiros to Cuba, transferring a music-cultural message from me. Music is not restricted. There are melodies that seem to belong to everyone. I dream of their passage through my art, so I study and make it come true. I keep my personal moments of inspiration and creation like the most precious and constantly try to make a small, but my very own, mark on music …».

The great Keith Jarett has said about Yiorgos Psihoyios: «A great pianist and composer! Yiorgos΄ improvisation is an incredible gift of God! An absolute surprise to me».

Yiorgos Psihoyios was born in Athens in 1970 and his involvement with music began at a young age. At the age of 12, he studied accordion at the «Greek Conservatory» where he graduated in June 1987. He started his piano studies and graduated in February 1992 acquiring the Soloist – Piano Professor Diploma. At the same time he completed his studies on Superior Music Theory and acquired a Degree of Music Teaching «Singing». He also finished his studies on the ORFF System and attended seminars on music/ theatrical shows management for young children.

He studied Composition and Music Analysis for Piano with George Hatzinikos. He attended the summer participation academy for Athens Municipal Symphonic Orchestra with Tatsis Apostolidis and participated in special seminars of the Athens Municipal Symphonic Orchestra and Philharmonics for wind instruments under the management of Antonis Apostolatos. He attended special seminars such as Music Training for blind children using the Breill method.

He appeared as a piano soloist in various Athenian Music Halls, as well as various municipal theaters and cultural centers around Greece. He participated in the International Contest for young composers «Ensemble Moderne du Montreal» in Canada with his work «Medussa for Symphonic Orchestra» and won the 2nd Honorable Mention among 230 world contestants. He has won 6 prizes on piano composition-performance in greek contests and has taken part in various international Classical and Jazz Festivals.

Since the beginning of his studies, he has composed music and works that have been performed by the ERT Symphonic Orchestra, as well as the Athenian Symphonic Orchestra and the Orchestra of Patras. He has composed music for theatrical plays and programs of the Greek television, and short films participating in the Berlin and Thessaloniki Film Festivals. Presently, he is studying «Composition and Music Analysis» with a honorary scholarship next to composer Dimitris Agrafiotis.

A few words from Yiorgos …
«What could one say about himself? An artist does not like to and can not be talking about his MUSIC… The only thing he could do, would be to talk through his music. Because the music’s notes are the only way in which he can touch the souls and minds of the people; not his words…»

«The only thing I could say about myself is that I love all people. I love their mistakes and their weaknesses. That’s why my goal is to make music that can be felt with everyone’s heart and speaks to everyone’s spirit. Only in this way may one walk into the endless pain and happiness of the human life that can only be compared to a miracle…»

Yiorgos Psihoyios: «RESURRECTION … a jazz sensation» (Dec. 2006)
The CD includes ten orchestral tracks; eight composed by Yiorgos Psihoyios – introduced to the public as a new composer, orchestrator, as well as a master soloist in piano and accordion – one by P. Simon and one by J. Merser. In his first CD, the artist (having international distinctions and extensive musical studies in Greece and abroad with some of the best teachers and classical music conductors) attempts to combine his knowledge on classical music with his love for jazz and improvisation. He achieves this in a harmonic way, with melodies analyzed through improvisation, without imposing boring musical forms to the listener, demonstrating his dynamic emotional expression that comes from his classical education, revealing his technical training and his knowledge on jazz music and improvisation. In every track, the continuous alternation of the rythm elements adds some special interest to the final result that keeps the listener’s musical interest alive.

In his second album, the artist returns more mature than before. With an inner melancholic mood he deals with love and romance through a poetic lens in his compositions and orchestrations- arrangements, this time accompanied by great soloists from the jazz and the classical music world.

The totally live recording took place in the Greek School of Music concert hall, with amplified microphones, directly to the Mackintosh I-book portable computer while interfering very few means between the performers and the sound engineer. The minimum length of cables and the best possible quality were used in the recording. Not one artificial means of depth was needed, but the live resonance of the concert hall in which the recording took place.

The musicians that made this album possible really gave their best. The composer Mimis Plessas improvised along with Yiorgos Psihoyios on his prize-winning «Theme A» using two pianos, thus signing their friendship and a deep respect they share between them as artists. Natassa Bofiliou sensitively sings the unique album song «Ti inI„ afto pou to lene agapi» (What is this thing called love). 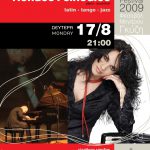 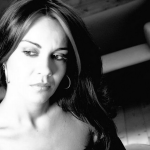 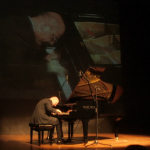 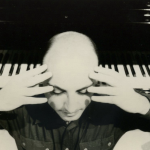 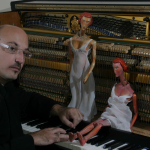 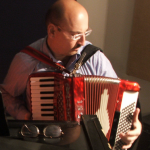 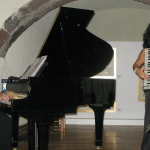 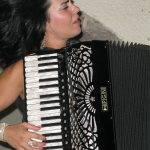 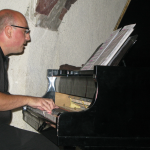 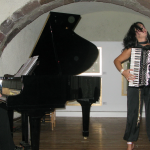 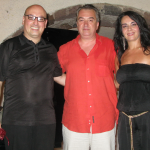 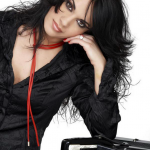