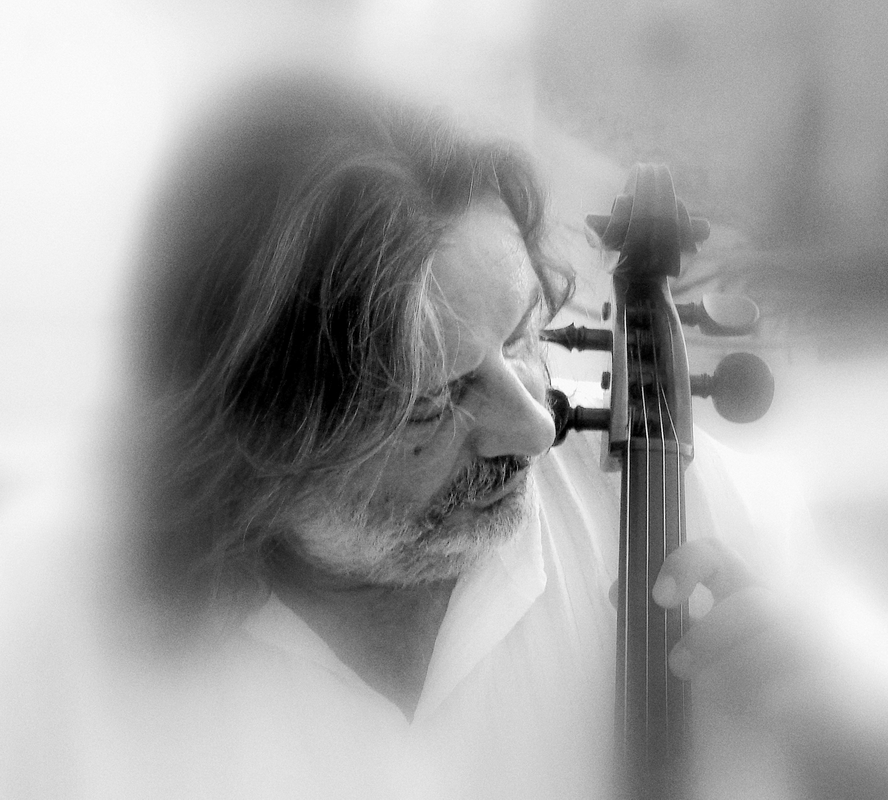 He was born in Athens. He studied at the Athens Music Academy with professors Lida Kourkouli and Lefteris Papastavrou, and graduated with honours and the First prize.

In parallel, he graduated from the Faculty of Political Sciences of Panteion University.

He continued his musical journey at the London Academy of Guilld Hall, with a three-year scholarship. His professors were Christopher Bunting, Stefan Popov, Radu Adulescu and Jacqueline Dupre.

Since 1992 he is 1st solo cello of the Athens State Orchestra, while he teaches at the Athens Music Academy & Philippos Nakas Music Academy and is responsible for the Stringed Instruments School. He appeared as a soloist with all Greek and several international orchestras.

He has recorded for the Greek Radio and Television.

He taught International Master Classes (Greece and Spain). In the recent years he has produced a wealth of compositions in the area of symphonic music, theatre, cinema and choreography.

Apollon Grammatikopoulos was born into a musical family in Athens in 1972. He began his violin studies at the Athens Conservatoire with Pantelis Despotidis. During the course of his studies, he was honoured with awards and financial prizes for his achievements. He graduated from the Attic
Conservatoire with distinction in 1991. A Greek state scholarship allowed him to continue his studies in Austria and Germany with Stelios Kafantaris, Christos Polyzoidis and Winifried Rademacher. He was awarded a postgraduate degree with distinction from the University of Music, Trossingen.

He has appeared as a soloist alongside Greek and international ensembles and symphony orchestras (including on a Spanish tour given by a string ensemble of the Salzburg Mozarteum Orchestra, and with the «Alpe Adria» Philharmonic Orchestra), and actively participates in a number of chamber music ensembles that cover a broad range of repertoires, from Baroque to contemporary music, and present first performances of new works.

The renowned Austrian violinist Lukas David invited him to perform at the international chamber music festival held in his honour in Lima, Peru. He has also played at Greek and international festivals and concert series, and performed for radio and television.

As a duo with his pianist sister, Mina Grammatikopoulos, he has appeared at numerous esteemed festivals and cultural bodies, including the Penteli Festival, the Hellenic French Union, the Filippos Nakas Conservatory, the Goulandris Museum, and ERT Educational Television; the pair were also special guests at the 25th anniversary celebrations of the ERT Third Radio Programme.
He teaches on a regular basis, particularly following his stint as violin tutor and string department supervisor of the Volos Municipal Conservatory. He has been honoured at the «Alpe Adria» international violin competition in Gorizia, Italy, and was warmly received by the press for the concerts that followed in towns around Italy, Austria, Slovenia and Croatia. 2004 saw him perform as a soloist at the inaugural concert of the Sofia Philharmonic Orchestra (Mozart, Sinfonia Concertante for Violin and Viola). He has served as principle violinist of the Athens State Orchestra since 2003.

Yannis Michailidis was born in Alexandria. He studied piano first with Ariadne Magrabi and then with Aliki Vatikioti at the Athens Conservatoire where he graduated. On a scholarship from British Council he continued his studies in London at the Royal College of Music with Hubert Dawkes. He is a Licentiate of the Royal Academy of Music (L.R.A.M.) for Piano Accompaniment and Chamber Music.

He has given many concerts and participated in music ensembles («Trio Jeunesse Musicale», «Trio Arte», «Arte Ensemble», «Piano Quintet Encore») in Greece and abroad. He made several recordings for the Greek Radio. He also is a graduate of Law from the Athens University. He is a member of the «European Piano Teachers Association (EPTA) – Hellas». He is currently teaching at the Athens Conservatoire and the Orfeion Conservatoire. 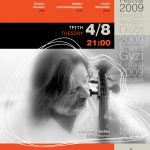 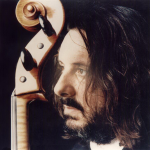 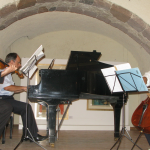 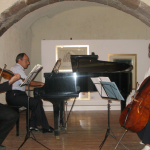 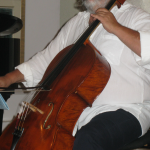 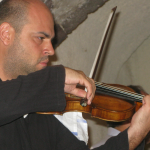 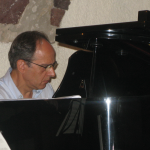 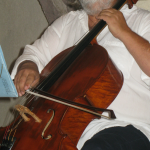 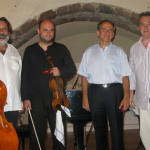 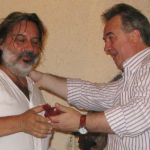