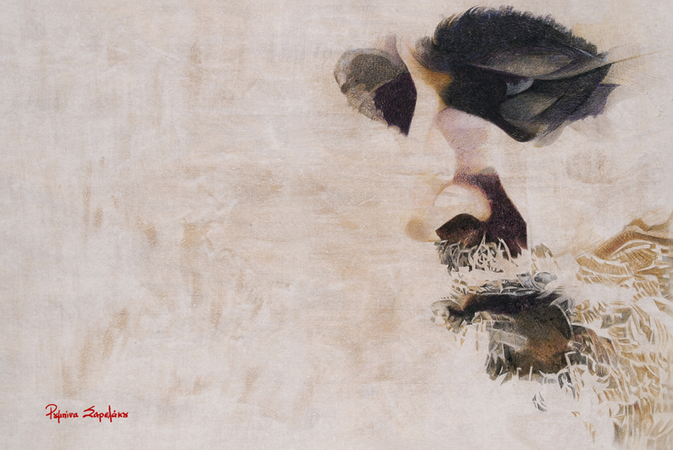 The new work of the well-known artist Roubina Sarelakou will be presented. An exhibition full of Cretan beauty and strength! Recently, at a journey to meet Crete and its people, the painter Roubina Sarelakou was attached to special local expressions of song, music, speech, poetry, dance. The people of Crete and their art was the reason to start the new series of her works with Crete as theme. Portraits of large dimensions, looks and feelings compose this new work of the artist.

«It was August, two years ago I think, in Vianno, when Crete turned the upside down. I started to see, to feel, to distinguish its scent. I met people of art and spirit. I let myself to travel through their figure, their look, their sound, their movement. I was there where the sea and the sky meet, where the lyra, the mandolin and the laouto greet the sun», tell us Roubina Sarelakou.

The works of this exhibition «marry» painting with the special beauties and the special people of song and music, of dance and poetry of Crete. This new work of the painter will be opened on August 17th during the Megaro Gyzi Festival 2007 in Fira, Santorini.

During this exhibition, on Tuesday August 21st, a concert of traditional Cretan music will take place with Vassilis Stavrakakis and his group.

Roubina Sarelakou was born in Athens in 1950. She originally was a student of the painters P. Sarafianos, N. Nikolaou and J. Moralis. She graduated the faculty of Engraving of the Athens School of Fine Arts (1969-1974) as a student of the painter-engraver K. Grammatopoulos. She extended her studies at Ecole des Beaux-Arts in Paris (1974-1976) under the supervision of G. Dayez (lithograph).

She has presented her work in 31 individual exhibitions in Greece and abroad (France, Germany, Luxembourgh, Cyprus, India) as well as in many group exhibitions in Greece and abroad (New York, Paris, London, Berlin, Stokholm, Loubliana, Baden-Baden, Varna, Bradford, Rieka, Venice, Grenoble, New Dehli, and so on). She taught for a number of years Painting and Drawing at Vacalo College of Art and Design in Athens. She was an establishing member of the Circle of Art and Philosophy, where she taught painting and engraving.

Her works are included in public as well as private collections in Greece and abroad. 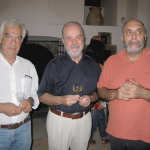 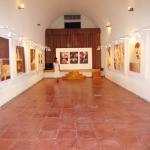 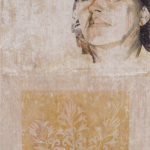 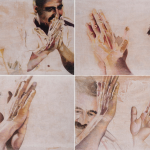 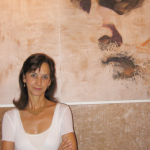 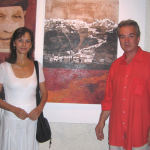 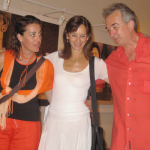 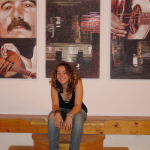