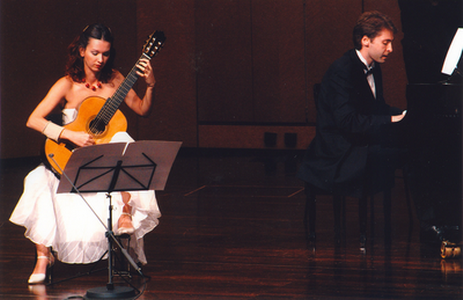 It was the year 1997 that the two artists, still students at the Music Academy of Cologne, decided to found this guitar and piano duo. Among all these years they have played in numerous concerts where both audience and critics reacted enthusiastically to the charming interpretations of this rare ensemble. Their repertory includes works of the classical and romantic period, transcriptions as well as contemporary compositions that have been written especially for them.

She won four first prizes in national Greek guitar competitions. Additionally, she was honored with the following international prizes:

She has performed solo as well as chamber music recitals in Greece, France, Austria, Great Britain, Turkey and Germany. She has also performed as a soloist with orchestras from Greece (including the National Orchestras of Athens and Thessaloniki), Spain (National Orchestra of Malaga, conductor Phil. Entremont), Germany and Hungary.

She has recorded for the Greek National Radio and Television.

The Greek pianist Theodor Tzovanakis was born in 1973. He began studying music at the age of six, attending first the State Conservatory and then the Music College in Thessaloniki under Domna Evnouhidou, graduating with a soloist piano diploma with the highest distinction.

He continued his studies in the soloists΄ department of the Music Academy in Cologne (class R. Gediga) and in the Royal Scottish Academy of Music and Drama, getting the soloists’ diploma and master degrees Konzertexamen and «Master in Performance», having scholarship from the Alexander S. Onassis Foundation. For the moment, he is undertaking a PhD course in creative and performing arts in the University of Leiden in Holland, having a scholarship of the Greek Scholarships Foundation.

Furthermore, he has worked with G.D.Madge, M. Tirimo , P.L. Aimard, A. Lonquich, A, Rabinovitch. He has been awarded in national and international piano competitions and among others he has been honored with the following prizes: First place in the competition «Yamaha Music Foundation of Europe» in 1996, first prize in the «National Competition for young soloists» in 1997 and third prize in the «Dorothy Mackenzie Artists Recognition Awards» at the International Keyboard Institute and Festival held in New York in 2000.

He has appeared as a soloist with major orchestras in Greece as well as ensembles and philharmonic orchestras in Germany, Great Britain and Ukraine, where he gave the premiere performance of the Lutoslawski΄s Piano Concerto with the Odessa State Philharmonic Orchestra. He also gave the Greek premiere performances of the Lutoslawski΄s Piano Concerto and Szymanowski΄s Symphonie Concertante with the Orchestra of Colors and the Athens State Symphony orchestra.

He has performed in Festivals such as the International Festival of Contemporary Music with the National Radio Symphony Orchestra in Megaron Athens, International Piano Festival in Megaron Thessaloniki, International Keyboard Institute and Festival in New York, Epidavros Festival, Dimitria and others. He has given chamber music concerts and solo recitals in Bonn, Cologne, Athens, London, Glasgow, Edinburgh, Saint Andrews, The Hague, the United States and other European cities.

He is a member of the piano-ensemble»PIANDAEMONIUM» (6 pianos-12 pianists).

He has recorded for the Greek National Television and Radio, as well as the Dutch Radio. His future commitments include the edition, performance and recording of the total piano output of Dimitri Mitropoulos. 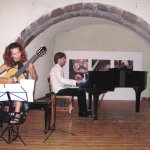 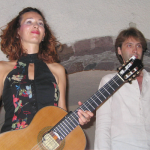 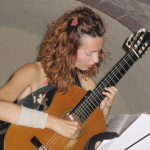 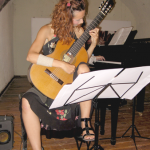 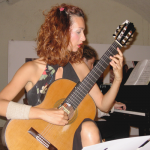 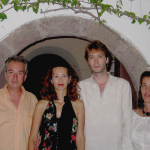 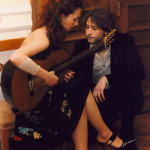 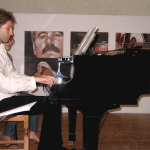 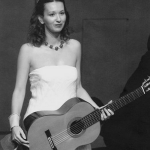 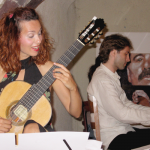