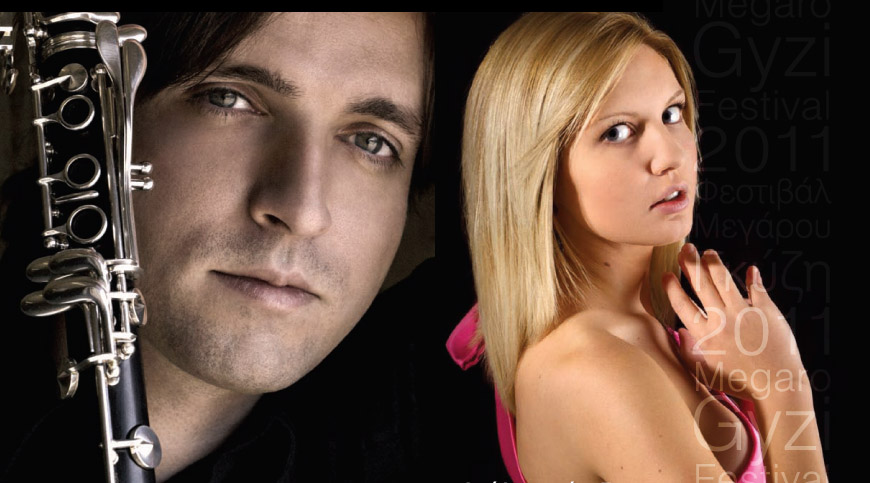 A special recital of classical music for clarinet and piano by two internationally award-winning exceptional virtuoso soloists of the new generation of rising stars, the Spanish clarinetist Jose Franch-Ballester and the Italian pianist Vanessa Benelli Mosell, will take place on 17/8. Jose Franch-Ballester has won the worldwide famous prize «2010 MIDEM Classique Outstanding Young Artist» and with his fabulous technique and sensitive interpretation has already a significant career with appearances in numerous concerts in USA, Europe, Asia and South America. Vanessa Benelli Mosell is an internationally recognized talented pianist, award-winning for her poetic and sensual playing.

A native of Moncofa (Valencia, Spain), Jose Franch-Ballester is one of the most promising clarinetists of his generation. In 2008 he received the highly coveted «Avery Fisher Career Grant» and in 2007 he was one of a handful of participants selected for a Carnegie Hall Professional Training Workshop with Emmanuel Ax and Richard Stoltzman, and one of the year’s «most prominent emerging soloists», as selected by the American Symphony League Magazine.

As First Prize winner in both the 2004 Young Concert Artists International Auditions in New York and the Astral Artists 2004 National Audition in Philadelphia, he has joined the roster of both organizations and performed countless concerts throughout the United States, Europe, Asia and South America.

– «Jose Franch-Ballester has the presence and musicality of a major star, and in the Copland Concerto for Clarinet, he gave a performance that left one wondering how even the great Benny Goodman, for whom it was written, could have played it any better» Santa Barbara Independent

Jose Franch-Ballester is a member of The Chamber Music Society of Lincoln Center 2 in New York, with which he has recorded Bartok’s «Contrasts» for Deutsche Grammophon.

He has played with such outstanding artists as Charles Wadsworth, Arnold Steinhardt, Warren Jones, Ida Kavafian, Frederica von Stade and David Shifrin, the Saint Lawrence and Jupiter String Quartets, and as a soloist with such orchestras as Orquesta de la Radiotelevisión Española, I Musici de Montréal and Orchestra of Saint Luke’s (New York), City of London Sinfonia. He is a founding member of Nuevo Tango Zinger Septet (Valencia), performing and recording the music of Latin America throughout Spain, and a frequent artist with the International Music Festival of Cartagena de Indias, Colombia.

This season Jose Franch-Ballester will perform throughout the US, South America, Europe, Korea and Japan, and will play recitals in New York, Michigan, Philadelphia, Panama City, Colombia and Tokyo. He will appear as a soloist with orchestras such as I Musici de Montréal, Ridgewood Symphony, Vallejo Symphony, Orquesta de Valencia, Jove Orquesta de la Comunidad Valenciana, Whichita Falls Symphony and the Knickerbocker Chamber Orchestra.

He was born in Moncofa, Spain in 1980, where he has started his musical studies with Venancio Rius Marti since the age of nine years old. He graduated in 2000 from the Conservatory Superior of Music «Joaquín Rodrigo» of Valencia and then he entered the Curtis Institute of Music in Philadelphia with Donald Montanaro.

Vanessa Benelli Mosell is internationally recognized as one of the great virtuoso young pianists, a versatile artist. The American press described her as «a real music maker, playing with poetry, feeling and great chops» (The Sun), «a remarkably musical and fluent young pianist named Vanessa Benelli Mosell. She held up her end of the tight interplay with complete ease and the fine sense of style. Remember the name» (New York Post) and the Washington Post wrote «a great talent». Pascal Rogé said of her «…she is the most natural musical talent I have encountered in my entire life as a musician and teacher».

Born in Prato, Italy, in 1987 Vanessa Benelli Mosell began studying the piano at the age of three with Alberto Alinari in Florence. At seven years old she was admitted at the International Piano Academy in Imola, where she has been studying with Prof. Franco Scala. At the age of nine she made her performing debut with orchestra playing Bach F minor Keyboard Concerto.

She first came to international attention in 1999 when at eleven years old she performed Poulenc’s Double Concerto with pianist Pascal Rogé and the New York Chamber Orchestra in New York’s Tish Center for the Arts. From then on they perform together in the major concert halls all over Europe, USA and Canada such as New York’s Lincoln Center, Harvard University in Boston, Center for the Arts in Toronto and the Winspear Center in Edmonton.

In 2001 she made her Swiss debut playing in Zurich’s Tonhalle Grosser Saal performing later in the notable recital series of Tonhalle Orchester, playing furthermore with chamber music partners as Renaud and Gautier Capucon. In 2004 she has been awarded the “Elba Festival Antares Prize” performing as well as in Russian provinces with the Moscow Soloists, conducted by Yuri Bashmet. Since then she performed in Italy and France making debuts for Fondazione Società dei Concerti in Milan, Concerti a Palazzo del Quirinale in Rome, Amici della Musica in Florence, Festival de Radio France et Montpellier, Accademia Musicale Chigiana, Saratoga Summer Music Festival, Associazione Musicale Lucchese, Concerti di Primavera di Prato among others.

In 2006 she met the composer Karlheinz Stockhausen being invited by him to study in Germany, after Radio3 broadcasted her recording of Klavierstuecke. Working closely with the composer until his death, her performances of Stockhausen Piano Pieces have received much critical acclaims and prizes during the Stockhausen Courses in Kuerten.

In 2007 she was invited to enter the Moscow Tchaikovsky Conservatory to study with Prof. Mikhail Voskresensky, receiving the Postgraduate Diploma in Performance. Since 2007, during her staying in Moscow, she has been regularly performing in the Rachmaninov Hall, the Small Hall and the White Hall of the Moscow Conservatory as well as in the Pushkin Museum.

Among the highlights of 2006-2007 there are a celebrating tour of Russia with the Moscow Soloists conducted by Yuri Bashmet, acclaimed performances of Rachmaninov Rhapsody on a Theme of Paganini with the Neue Philharmonie Westfalen in Germany and an appearance for «Nuove Carriere» 2006 in Turin.

In 2010, she was admitted at the Royal College of Music in London, where she is studying with Prof. Dmitri Alexeev, generously supported by two RCM Foundation scholarships. Among the highlights of 2010 were performances for the Keyboard Trust making debuts in London, Steinway Hall and Frankfurt, Bechstein Hall and Foundation Ars Vivendi; tours in China and Japan with George Gao and Shan Xiang Tu, erhu and pipa players, performing in many chinese and japanese cities as Shanghai, Xi’an, Dalian, Chengdu, Ningbo, Chongqing, Dongguan, Guangzhou, Tokyo, Osaka, Nagoya as well as the 2010 WORLD EXPO; a concert for Chinese integration policies with George Gao and Shan Xiang Tu in Prato.

In 2010 Vanessa Benelli Mosell also appeared on stage with violinist Michael Guttman featuring Brahms at the Tuscan Sun Festival 2010 in Cortona, Teatro Signorelli, while last October she made her debut at Berlin Philharmonie performing Liszt E minor Concerto with the Berliner Symphoniker conducted by Lior Shambadal.

In addition to her solo performances Vanessa is a devoted performer of chamber music playing with partners as Renaud and Gautier Capuçon, Boris Andrianov, Michael Guttman, Pascal Rogé and Chantal Juillet.

Her Debut Recital CD recording was released in February 2011 by Brilliant Classics.

Vanessa Benelli Mosell has been appointed a Young Steinway Artist. 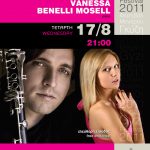 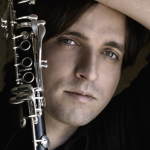 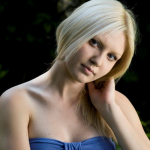 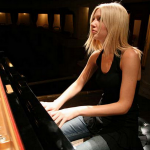 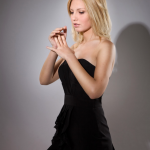 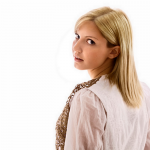 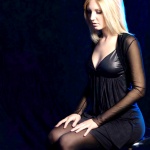 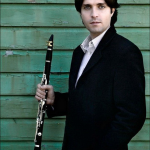 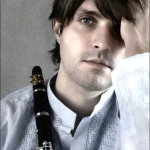 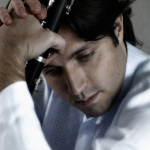 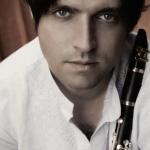 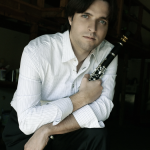 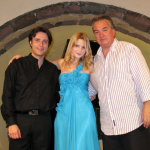 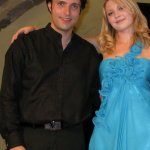 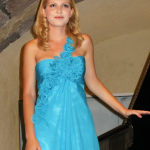 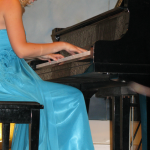 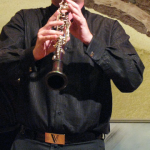 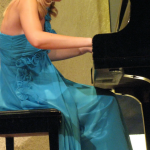 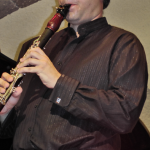 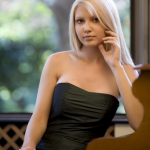