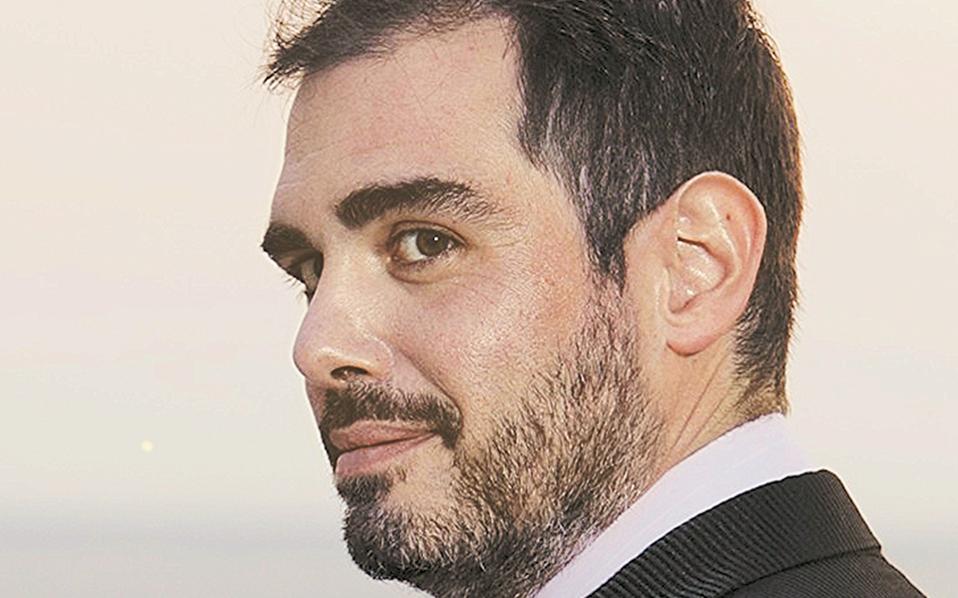 George – Emmanuel Lazaridis’ performances have been characterized as «special enough to be beyond comparison» (BBC Music Magazine, Adrian Jack), and of “such drama, power and concentration, that hold their own even if you stop to consider celebrated recordings of Horowitz, Argerich, Brendel and Zimmerman” (Gramophone Magazine, Bryce Morrison).

Mentored by Yonty Solomon at the Royal Collage of Music in London and Domna Evnouhidou at the Music College of Thessaloniki, he has also worked with Alfred Brendel, Ruth Nye, Paul Badura Skoda, Noretta Conci Leech and Douglas Finch. From the age of eleven he has received a plethora of prizes, honorary awards and scholarships such as the ‘Jeunes Solistes D’ Europe’ and the ‘Steinway & Sons’ Grand Prix, Scholarships from the Hattori, Onasis and Levendis Foundations, the RCM ‘Queen Elizabeth the Queen Mother’ award and the Chappell Medal 2000, a TCM Fellowship, medals from the prestigious Academy of Athens, the Worshipful Company of Musicians and many more.
Born in Greece in 1978, G.E.Lazaridis enjoys a flourishing international career that has taken him from USA and Mexico to Europe, Egypt and the Middle East. During the past 20 years he has performed in some of the most prestigious venues world wide, such as the Royal Albert Hall, Barbican, Carnegie Hall, Concertgebouw, the St Petersburg Philharmonia Hall, Palais des Beaux Arts, Festspielhaus, Cologne’s Philharmonie, Stockholm’s Konserthuset, Vienna’s Konzerthaus and Musikverein, the Athens Megaron, Birmingham’s Symphony Hall and the Palace of the Arts in Budapest amongst many others.  His appearances have received great critical acclaim from audiences and critics alike, recognizing him as one of the finest pianists of his generation.
He has performed with leading orchestras such as the St Petersburg Philharmonic, Hamburg Philharmonic, the Royal Philharmonic, the Strasbourg Philharmonic, the Warsaw Symphony, the Munich Symphony, the WienerKammer Orchester, The RTBF Symphony, the Debrece Symphony, the London Festival Orchestra, the English Symphony, the Worthing Symphony, all the Greek Symphony Orchestras, the Athens Camerata and many more, under the direction of Sir Neville Marriner, Ingo Metzmacher, Yuri Temirkanov, Yoel Levi, Theodor Guschlbauer, Michel Tabachnik, Maxim Schostakovic, William Boughton, Alexander Myrat and others.
In chamber music performances, he has collaborated with renowned ensembles and artists such as the Medici Quartet, the Ysaye Quartet, the Vienna Octet, the BT Scottish Ensemble, the Hellenic Quartet, Leonidas Kavakos, Huseyin Sermet, Dimitri Sgouros, Michael Tilson Thomas, Yannis Vakarelis and Cyprien Katsaris, amongst others. Lazaridis has also performed in many International Festivals around the world, such as Harrogate, Athens, Montpellier, Istanbul, Patras, Trento, Nafplion, Demetria, Norfolk & Norwich, Hampstead & Highgate, the Chopin International Festival, the Springboard Trust Festival, the Monterrei International Festival and many more.
Recent international tours have included the ‘Rising Stars’ concert series in Europe and New York, a tour with the Medici Quartet in Greece and the UK and a concert tour with the St Petersburg Philharmonic Orchestra under the direction of Yuri Temirkanov. He is currently preparing for concerts with the Qatar Philharmonic at the United Arab Emirates, a series of collaborations with the renowned pianist Yiannis Vakarelis and a second concert tour with the St Petersbourg Philharmonic, in November 2012.
TSC (USA), the BBC and the Greek National Television ERT have all featured G.E.Lazaridis with special broadcast profiles. His recent CD releases of Schumann Piano Works and the R.Strauss and S.Rachmaninov sonatas for violin/cello and piano with Yuri Zisslin (Somm) as well as of Liszt’s B minor piano Sonata and Grandes Etudes de Paganini (Linn Records) have been rapturously received, with five-star reviews from the International Press, including recommendations by Gramophone Magazine, International Piano, The Pianist, Diapason, and BBC Music magazine, which selected both as instrumental discs of the month. His Liszt recordings were recently selected within the top 50 best releases of the decade by “The Pianist” International magazine and his release of Schumann’s Papillonhas been ranked amongst the five best historical performances, alongside keyboard giants such as Sviatoslav Richter and Claudio Arrau.
G.E.Lazaridis is soon to release two new albums: one at ECM with George Koumendakis’ Piano concertos no.3 and no.4, both composed specially for him, and the other at SOMM with major works by Schubert.
Lazaridis started composing at the age of four. He attracted public attention at the age of six, appearing in various TV Art programs and a special 45-minute radio broadcast on the Greek National Radio. Up to date he has received commissions from the Greek Ministry of Culture, the Europa Cantat International Festival, The Cultural Capital of Europe 1997, the Melina Merkouri Foundation, the New Arts Generation Festival in Birmingham, the Athens International Festival, the Athens State Orchestra etc. His work «Sleepwalking», performed at London’s Wigmore Hall, was nominated for a Sony Award and his new rhapsodic song-cycle ‘Tragic Love’, written for the legendary singer Maria Farandouri, received its world premier at the Ancient Epidaurus Theatre in July 2008.
G.E.Lazaridis has also been an active teacher, artistic coordinator and promoter of new international cultural structures. Since 2000, he is co-founder of ADAP, an International Association of Artists giving worldwide performances for Peace (www.adapinternational.com). In 2006, he co-founded the Music-Village International Festival in Mount Pelion, one of the few international music societies of its kind (www.music-village.gr). He has given Masterclasses on piano performance, body language and the Psychology of live interpretation at the Trinity College of Music, at the Birmingham City University, the Athens Megaron and at numerous Conservatoires. In April 2010, George E. Lazaridis was invited as member of the jury for the 1st Sussex International Piano Competition.
Since September 2010, he is the Artistic Coordinator of the Thessaloniki “Megaron” Concert Hall complex (www.tch.gr). 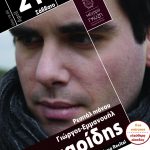