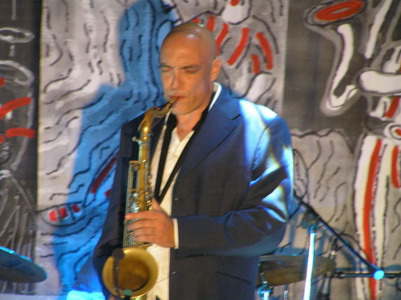 On August 31st the saxophonist Dimitris Vassilakis and his Quartet will give a unique jazz concert at Megaro Gyzi, closing with the best way the cultural events of Megaro Gyzi Festival 2007 in Santorini.

Greek saxophonist and composer Dimitris Vassilakis was born in Athens and studied Chemical Engineering at the Athens University obtaining a Bachelor’s Degree (6/1986). He then moved to London and studied saxophone, piano and composition at the London College of Music with the aid of the Onassis Foundation. He graduated with Honors with an additional Diploma in Classical Saxophone and won national UK competitions and the LCM Society prize. He continued his studies at the Royal Academy of Music (advanced studies in jazz saxophone and composition) gaining a scholarship from the British Council and was awarded the LRAM Diploma in jazz teaching (6/1991).

Being one of the key members of the International Association of Schools of Jazz and representative for Greece, he has traveled extensively playing at many Festivals and conducting workshops in the US, England, France, Germany, Spain, Ireland and the Balkans. At the same time he is completing a Ph.D. and is currently lecturing at the Music Dept. of the Macedonia University in Thessalonica.

His 1st album «Secret Path» was released (6/1999) by one of the most important and historic jazz labels -Candid Records- (started in New York in the 60’s and now based in London, signing major international jazz artists). His 2nd album «Daedalus Project-Labyrinth» -produced by David Liebman- was recorded in New York with Ralph Peterson, Mark Johnson, Andy Sheppard and other top US jazz musicians- was released on July 31 2001. His latest album «Parallel Lines», with the great drumer Jeff Tain Watts, was released by Candid Records in 2005. He has presented his work at ‘Birdland’ the famous New York jazz club (13/06/01) at the ‘Onassis cultural center’ in New York (14/06/01) at the Athens Concert Hall (24/10/01) at the London Jazz Festival (2002) and at Yale University (20/04/02).

He has been collaborating with some of the best international jazz musicians such as: Abdullah Ibrahim, Theodosii Spassov, Ralph Peterson, Marc Johnson, Andy Sheppard, David Liebman, Alfredo Rodriguez, Ed Schuller, and more. His latest album and tour received excellent reviews from publications such as the ‘New York Press’, ‘BBC Music Magazine’, ‘Jazz Journal’, ‘Jazzwise’, ‘Jazz Heritage’, ‘Time Out’, and from top jazzmen as Michael Brecker, Bobby Watson and David Liebman.

He is the first acclaimed international Greek jazz artist and in Athens he presents a live jazz Radio Program for Radio 3 also broadcasted by National TV NET, where he performs with and presents top Greek and International visiting jazz musicians. He is also the presenter of ‘All That Jazz’, a program on Channel 7, live from Athens jazz clubs and concert halls, with discussions on the history and aesthetics of jazz.

In April 2007 Dimitris Vassilakis gave concerts in New York and he had an extremely honorary appearence for a European jazz artist at the Smithsonian Festival in Washington D.C. He has been accompanied by Theo Hill in piano, Essiet Okon Essiet in bass and Sylvia Cuenca and Ronnie Burrage in drums.

Yorgos Kontrafouris was born in Athens, Greece in 1967. He studied classical piano at the National Conservatory in Athens. At the age of 16, he turned his interest to jazz music and he followed up jazz improvised lessons with Markos Alexiou. He studied also with Jim Beard and Jarmo Savolainen. He holds a Bachelor΄s degree and a Master΄s degree in Jazz Performance from Sibelius Academy in Finland.

He has been teaching jazz piano and organ for several years in Ionian University and in Athenaeum Conservatory in Greece and in Sibelius Academy in Finland. He has already given Master Classes in various schools in Greece, Ireland, Indonesia, and Estonia so far.

DUE TO A SUDDEN HEALTH PROBLEM OF Y. KONTRAFOURIS, THE CONCERT TOOK PLACE WITH THE PIANIST YANNIS KITSOPOULOS.

Teacher: at Athens Modern Music School and scientific collaborator at the Musical Department of the Ionian University of Greece 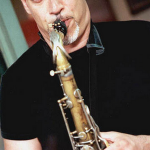 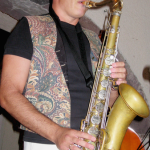 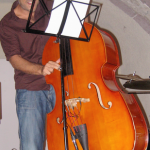 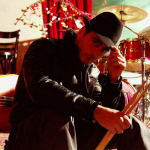 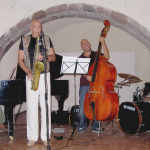 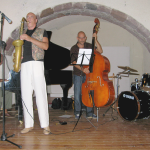 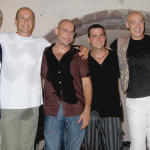 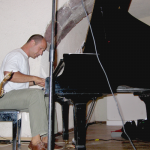 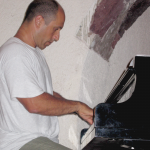 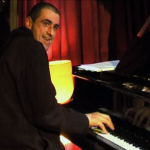 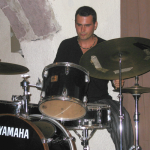 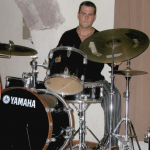 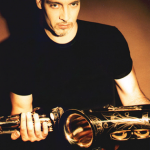 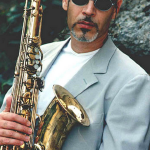