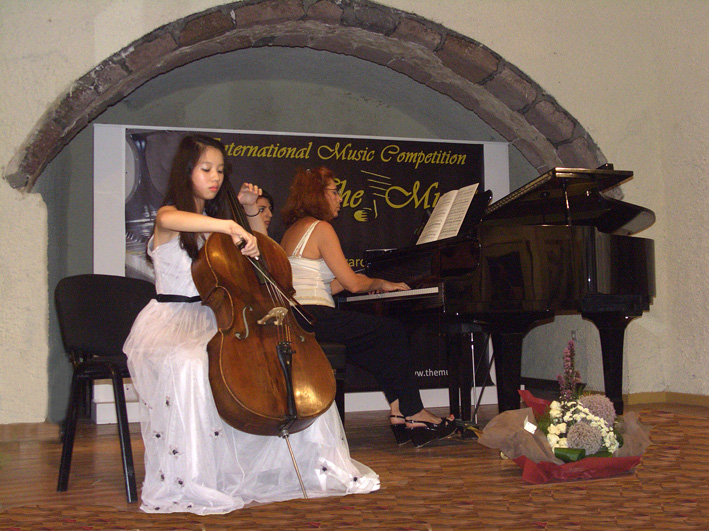 International Association of Art “The Muse” has been hosting the International Music Competition «The Muse» since 2005. The competition, now in its 11th year, takes place on one of the most beautiful islands in Greece, Santorini.

It started off as a piano competition. Young pianists from the European Union, Russia, USA, Japan, Korea, among other countries, have taken part in the competition.

In 2009, the association expanded the competition by adding new age categories and instruments. “The Muse Junior” was open to younger participants of up to 18 years of age playing piano, violin, cello, and wind instruments.

The auditions of the competition have been held in the concert hall of Megaro Gyzi. This mansion, beautiful combination of architecture style of the island and barocco, was built in the 17th century. It survived earthquakes of 1956 and has been restored and given new uses to make it once more part of the life of the island. The Cultural Centre, founded in 1980 with the initiative and financial funding of the Catholic Diocese of Santorini and housed in the mansion, plays a central role to promote Santorini through the upgrade of the spiritual and cultural life of the island to the local community and its numerous visitors. Every summer Megaro Gyzi hosts cultural event such as «The Megaro Gyzi Summer Festival» as well as music concerts, theatrical performances, and exhibitions. Starting from 2005, Megaro Gyzi is a home for the International Music Competition «The Muse»!

The competition has enjoyed tremendous success welcoming more than 800 musicians from 71 countries of 4 continents and served as a platform discovering new talents and aiding in their future artistic development. We are glad to acknowledge that many of them have now become successful performers and can be heard on concert stages around the world.

Based on the enthusiastic reviews we hope to see the competition prosper and progress for years to come!

This year the contest will take place from 23-27 of August.

More details can be found in the web link:www.themuse.gr 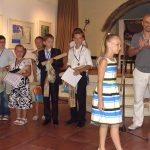 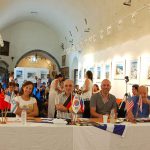