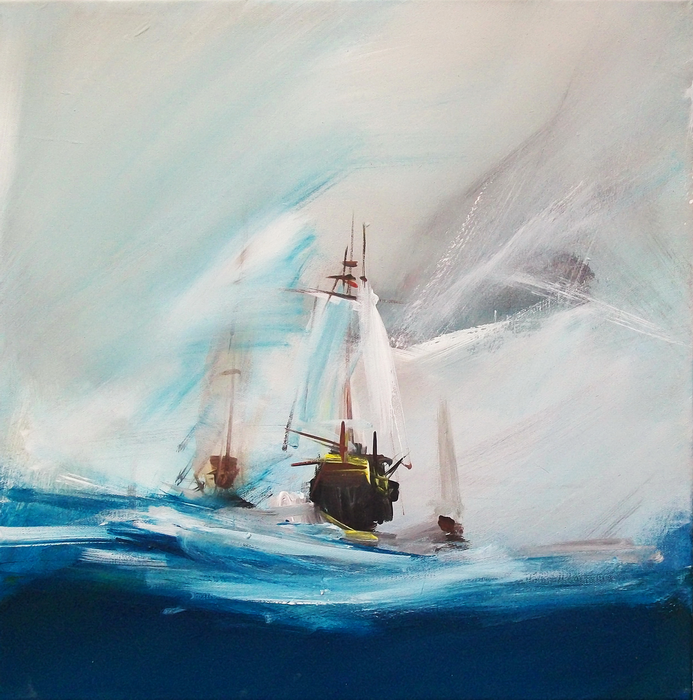 The Megaro Gyzi Festival 2011 raises curtain on August 1st with the opening of the solo painting exhibition of Vangelis Tzermias, in which the artist presents his new work titled “Sea Wanderings”. The blue of the sea, the intensity that conveys the movement of ships in the foam and the battle of the mast with the wind are exploited allegorically and worked with poetic mood at the painting works of Vangelis Tzermias, giving to the traditional theme of seascapes new life with strong expressionistic mood. The exhibition is organized and curated by Yannis Papaconstantinou, Artistic Director of Megaro Gyzi.

Paintings, small and large, travel us on sea roads urging us to see the world from another angle between earth and sky. The artist’s ships are sailing sometimes calmly and sometimes to hostile sea.

«The anarchic sea of Vangelis Tzermias with its dense untamed blue colour, worked with violent gestural brush strokes, is often a furious element where the imaginary ships of his inspiration are fighting», as the art historian Euridice Trichon-Milsani notes. 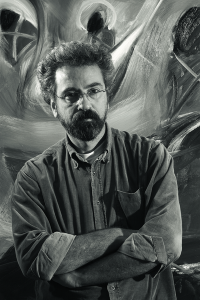 VANGELIS TZERMIAS (1960)
Vangelis Tzermias was born in Neapoli of Lassithi, Crete, Greece. He studied initially at the Accademia di Belli Arte di Firenze, Italy (1980). He continued his studies in painting at the Athens School of Fine Arts – ASFA (1980-1985) with Dimitris Mytaras and Ilias Dekoulakos.

He also took part in the following group exhibitions: 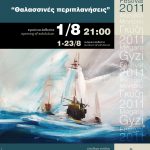 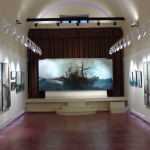 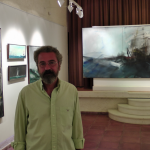 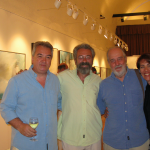 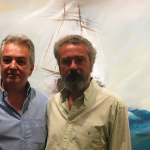 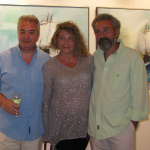 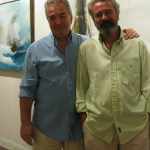 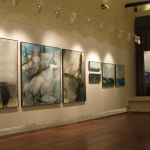 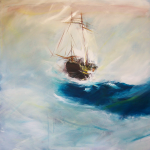 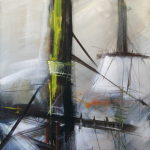 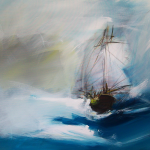 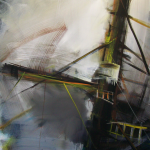 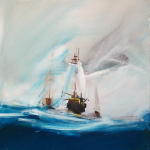 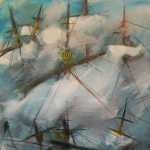 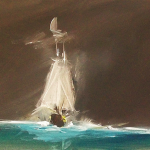 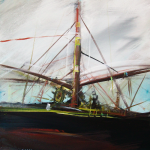 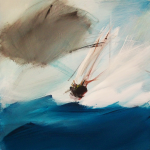 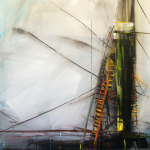 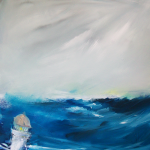 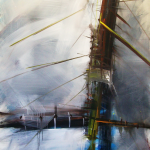 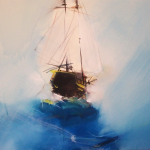 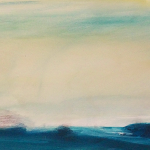 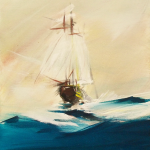 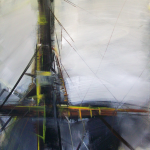 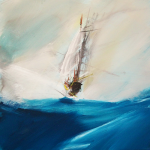 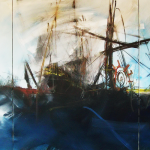