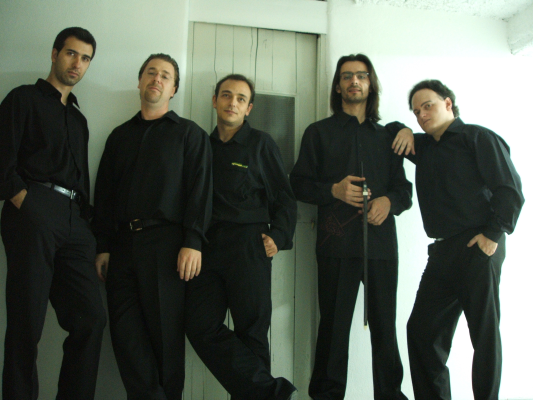 HE MAGIC OF ASTOR PIAZZOLLA AND THE ARGENTINIAN TANGOS

Following the triumphal performances in 2006 at the Athens Music Hall and the «Patras – 2006 Cultural Capital of Europe», the quintet TANGartO is to appear next August at Megaro Gyzi in Fira, Santorini.

The quintet TANGartO is inspired by the famous Argentinian composer Astor Piazzolla, and constitutes the first serious effort to present his work for quintet. The main concern of quintet TANGartO is to convey the passion of the composer’s music in an as much as possible faithful interpretation of his style. That is why it avoids playing transpcriptions, but concentrates on authentic works written for quintet by Piazzolla himself (after 1960 for the Quinteto Nuevo Tango, and then in 1980 for the New Tango Quintet). The tango culture caters for all tastes. The works of Astor Piazzolla contain sounds capable of initiating the most indifferent of persons. It is well worth entering this emotive world of tangos.

The quintet TANGartO is a band of musicians which has formed its name from the authentic emotion of Argentinian tangos. Having taken a notable and determined artistic course since 1996 the band is able to choose where it will perform its impressive shows. The Tangarto quintet is a dynamic band, playing a rich and flexible programme of authentic music. The unique sound of the bandoneon and the way in which the music is interpreted electrifies the atmosphere and transmits the passion and eroticism of the music to the audience.

The quintet TANGartO seeks the authentic sound and the real emotion of the unique Argentinian music. The band΄s first performance was in April of 1996 and they have performed many times since then with great success in Athens and other parts of Greece.

On the 31st of March, 1999 the Athens Concert Hall invited TANGartO to take part in the particulary successful concert with the title «Concert Tango» – the tickets were sold out by the second day! The band played again in the Athens Concert Hall for the period of 2005-2006; in September of 2005 with the famous soprano Sonia Theodoridou and in March 2006 in a musical performance with the soprano Gina Fotinopoulou and the dancers Taso Kehagia and Alexia Silabrou. In March 2003, the quintet played together with the Hellenica΄s Broadcasting Corporation orchestra and the Athens String Octet in the Municipality Centre in the city of Kalamata.

They have also participated in activities for organizations such as «Greenpeace» and «Doctors of the World».

In 2004, the great year of the Athens Olympic Games, Tangarto had the honour to present five performances in five different venues in Athens as part of the Olympic Events. Furthermore, during the «Patra, Art City of Europe 2006 Events» TANGartO was invited to present 4 performances from 27th February to 2nd March for the cycle of concerts called «Toulouse Lautrec».

The Tango culture is a pleasure for all of our senses. The works of Astor Piazzolla contain sounds that bring together all kinds of music lovers. It΄s worth while entering the emotional world of Tangos!

You would expect that we are talking about Argentinian musicians, but the truth is that they are all Greeks. 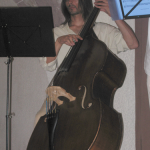 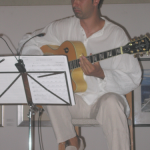 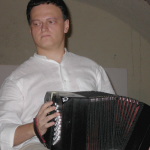 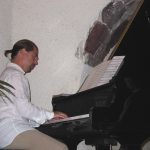 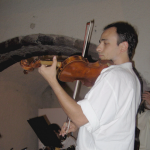 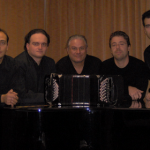 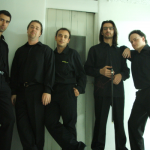 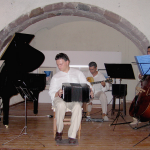