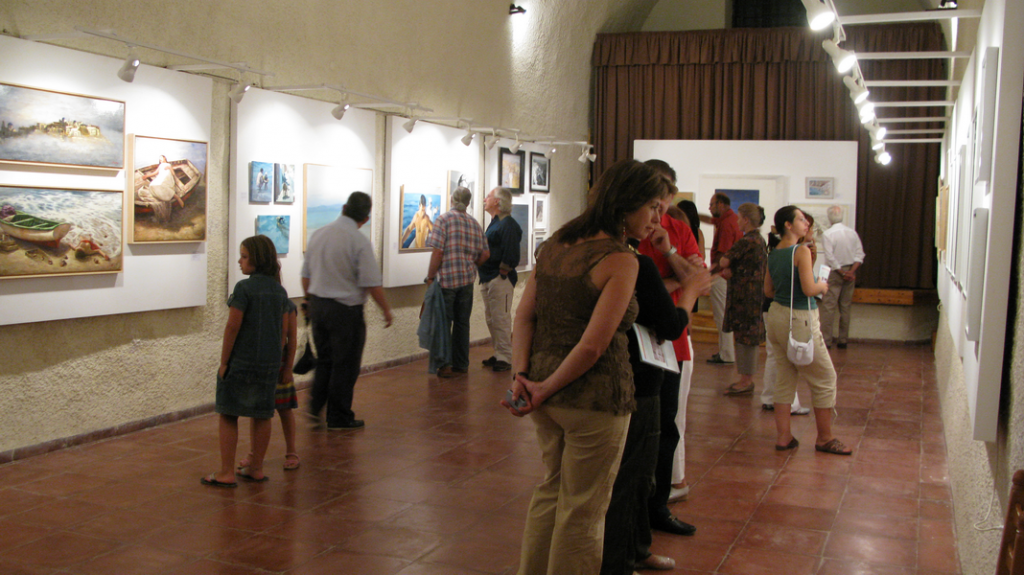 «CONTEMPORARY PICTURES FROM SANTORINI»
The Megaro Gyzi Festival 2008 starts on Friday 1st of August, at 9 pm, with the opening of the group painting exhibition of five contemporary Greek artists, who deposit their artistic glance participating with painting works, oils and aquarelles (watercolours).

She was born in Athens in 1971. She studied in in the School of Fine Arts of Athens (1994-1999), from where she graduated with excellency in 1999 from the laboratory of Professor Hronis Botsoglou. She has presented her first individual exhibition in May 2003 to the Cultural Centre of Municipality of Athens titled «18 watercolours and others». She has presented 20 aquarelles with subject «Greek scenery», as well as oil paintings that are referring to the relationship of the human figure to the exterior world, trying to unify the exterior space with the «internal» landscape of people. She has also participated in 2005 in the exhibition of the «Meletis Fikioris» private collection in the National Art Gallery΄ Sparta Branch. In October 2008 her second individual exhibition will be held to «Ersie΄s Gallery» in Athens.

She was born in Volos, Greece in December 1969. She studied Painting at the Athens School of Fine Arts (ASKT) with N. Kessanlis and Hronis Botsoglou as her tutors. She studied mosaic at the laboratory of ASKT with Prof. G. Valavanidis. She graduated in 1998 with an «Excellent». She has held individual exhibitions, while she has participated in many group exhibitions. Works of her belong to important private collections.

He was born in Heronia in 1968. He made free studies. He especially studied the great masters, classical and moderns. Painting works of him belong to private collections in Greece and abroad. He lives and works in Athens.

He was born in Athens in 1973, he lives and works in Athens and in Mesolongi, Greece. He studied Painting under the tutorial of Prefessor Hronis Botsoglou and Stage Design under the tutorial of Professor Yiorgos Ziakas, in the School of Fine Arts of Athens, from 1990 to 1997, when he graduated with excellency (29/30). In 1995 he studied Painting and Sculpture at the University of Seville, Spain (Facultad de Bellas Artes de Sevilla), with a scholarship awarded from the Institute of State Scholarships (I.K.Y), under the student exchange program «Erasmus». At the same time, he presented an individual painting exhibition entitled «Cars in Motion» (Coches en Movimiento) in the «Pabellon de Uruguae» in Seville. He participated in various group exhibitions, including the «Heineken Art» (1993 & 1996, Athens), «An Exhibition for the Kaisariani Monastery» (1994, Athens), «The Exhibition of the School of the Fine Arts Graduates» (1998, National Art Gallery), «Traditional Toys» Contemporary Montessorian Education (2002, Thessaloniki), «Cheap Art» (2007, Athens).

Between 1995 and 1999, he worked as a stage designer with the theatrical group «Stigmi», in plays by contemporary German and Danish writers, in collaboration with the architect and stage designer Kelly Vrettou and under the direction of Yannis Anastasakis. He has been also the stage designer of theatrical plays under the direction of Yannis Rigas (Theatrical Company «Estia»), Yannis Kakleas («Technohoros»), Ersi Vassilikioti («Theatro ton Kairon»). He has also worked with the directors Kostas Hatzimichailidis and Manto Arvaniti in live action short films.

Between 2000 and 2002, he worked on the design and realization of new means and on internet applications. In 2002, in a national competition realized by the «Yannis Spyropoulos» Foundation, he was awarded a praise for his overall work in painting. Since 2003 he has been collaborating with director Nikos Perakis in productions for the Greek television and the cinema as a painter.

For the last five years he lives and works in the prefecture of Aitoloakarnania as a secondary education teacher in the Class of Arts, adding to his work as an instructor in the Department of Painting of the Prefectoral Committee of Popular Training.

DISTINCTIONS
1995: Distinction awarded by the Contact Friends of Cyprus, at the Hellenic Competition of Painting, on the subject: «Cyprus, 20 years of Turkish Possession».

Many of her art works are in the Public Art Gallery Of Chios, in Athens School of Fine Arts, in the Municipality Perama, in the permanent collection of Diexodos (Art Center, Mesologi Greece), in the Fikiori collection and in other private collections. 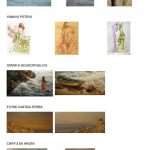 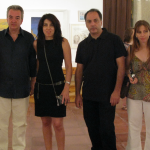 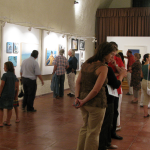 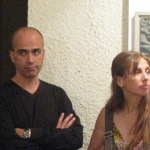 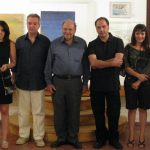 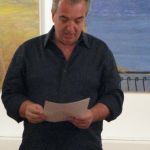 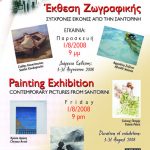