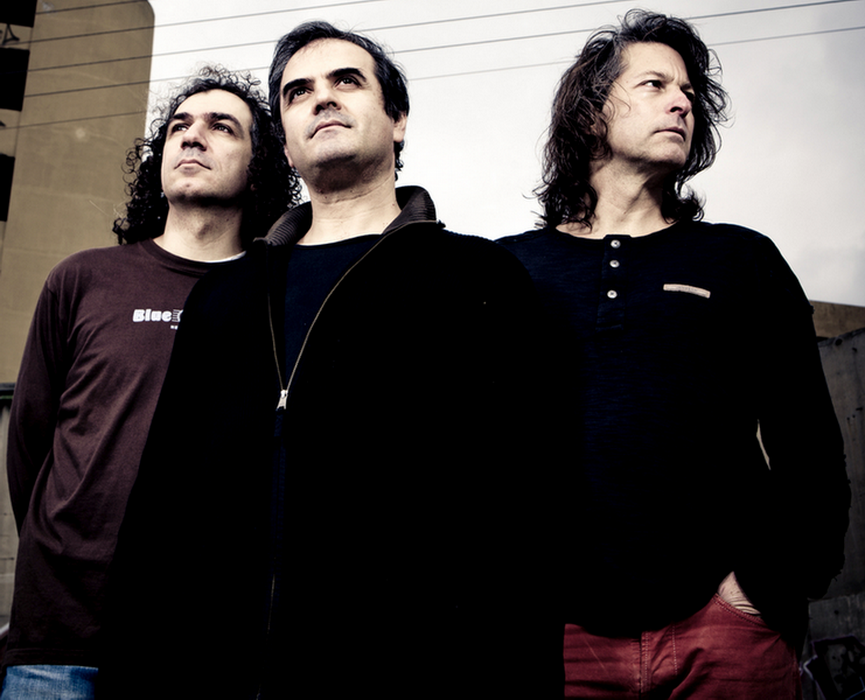 The musical journey continues on 20/8 with the jazz trio Human Touch, one of the most famous, with personality and unique style, jazz bands in Greece. David Lynch (saxophones & flute), Stavros Lantsias (piano & keyboards) and Yiotis Kiourtsoglou (electric bass), having acquired their own unique identity in music as soloists, move in a wide range of rhythms, colours and emotional depth. Their direct and communicative music drifts the listener filling him with images and emotions.

David Lynch is one of the most respected and accomplished musicians on the contemporary Greek music scene today. Though obviously not of Greek descent, the unique musical language he has developed by submerging his own expressive idiom into that of the Greek musical experience has earned him the reputation as being a musician of extraordinary sensitivity and versatility. Of Irish and Eastern European ancestry, David was born and raised in Los Angeles, California. He studied jazz music with James Moody, Charles Lloyd, Ralph Bowen and Garvin Buschell (John Coltrane΄s associate). After receiving various music awards and scholarships, David continued his studies at Dick Grove Music Workshops and began his professional career playing in numerous clubs, studios and with a variety of big bands.

At age 21, his need and desire to broaden his musical and personal horizons brought him to Europe. After an extended period of travelling he settled in Athens, where the environment seemed right for introspection and exploration. David’s insatiable quest for new and creative forms of expression quickly brought him in contact with some of Greece’s most outstanding musicians, writers and singers from all parts of the country and from different traditions. Since then, David has played on hundreds of albums, numerous movie soundtracks and has co-founded several bands including The Missing Lynch, Faros, Trio, The David Lynch Project, Iskra, and Human Touch (along with Stavros Lantsias and Yiotis Kiourtsoglou have internationally released recordings).

He has also written music for film, theatre, radio, television and dance. He’s played with Arturo Sandoval, Trilok Gurtu, Arild Anderson, Milcho Leviev, Marcus Stockhausen, The Temptations, Barry White and others. Of major importance in David’s musical journey was his collaboration with the late traditional clarinettist, Vassilis Soukas. This experience, and its lasting influence, was the crossroad leading David deeper into his own spirit of «Greekness» and his internal «world music».

As a solo artist, David has released three CDs, Lit’l Song, Music With a View and Wandering Home. The latter featured renowned Irish uilleann piper Davy Spillane and was recorded live at the Athens Concert Hall. In 2003, along with cellist/multi-instrumentalist Yiorgos Kaloudis, David co-founded the duet «Faros», an innovative duo which creates on-the-spot loops and spontaneous in-depth arrangements. One of David’s projects of pride was the re-working of the music of the late-great innovator, Manos Hatjidakis. The recording was released in 2007 with Hatjidakis protege Ellie Paspala and guest Blaine Reinenger (Raining Pleasure).

Stavros Lantsias was born in Nicosia-Cyprus in 1966. He studied classical piano and music theory continuing his studies at Berklee College Of Music where he graduated in 1990. He there received the “Count Basie Jazz Masters Award for pianists 1989” and the “Quincy Jones Jazz Masters
Award for arrangers 1990”. After Berklee he continued his jazz piano studies with jazz “guru” Charlie Banacos.

Stavros Lantsias is in high demand as a pianist and arranger, always active performing with some of Greece’s most respected and acclaimed artists.

One of his most important projects is “Human Touch”, a group he has formed with long time collaborators David Lynch and Yiotis Kiourtsoglou. In their two studio recordings, «Human Touch» (LYRA 1998) and «Movin’» (LIBRA 2004), apart from composing and playing the piano Stavros expanded his playing with Drums, Percussion and Acoustic Guitar. Together they have played in several international jazz and ethnic festivals in Europe, Turkey and the Balkans.

Throughout the years Stavros has developed a unique multi-instrumental approach playing piano and drums simultaneously!

In 1999 Stavros Lantsias signed a recording contract with Warner Music Greece and since has released two personal albums “Return” (WEA 1999) and “The Journey of a Note” (WEA 2002). In these albums he demonstrates his composition and orchestration skills performing with both jazz and classical ensembles.

His upcoming recording release “Diary Of Dreams” features the Athens Kamerata String Orchestra and world renowned musicians Peter Erskine on drums and Lars Danielsson on Bass. This compositional work was originally a commission by “Patra Cultural Capital of Europe 2006”.

Yiotis Kiourtsoglou, electric bass player and componist, was born in Kozani in 1965. He started practicing guitar in 1981. His first influences were traditional, rock and soul music. In 1983 he turned to electric bass and started listening to jazz. He also studied Jazz Harmony and Theory with Theo Kapilidis. Along with Theo and Nikos Kapilidis, they created the «Electric jazz trio». In 1988 he attended the «Musicians Institute» of Los Angeles ,where he was taught the electric bass technique by great teachers such as Gary Willis, Bob Magnuson and Jeff Berlin. He also performed live in many clubs in L.A. While living in America he had the chance to watch great musicians and to appreciate their music, their technique and their philosophy of life and of the relationship between life and music. In 1989 he graduated from the M.I. and was awarded as «The most improved student of the year» while he was nominated as «The most outstanding player».

When he returned to Greece he performed with «Electric jazz Trio» in the jazz club Mantato in Thessalonica with the saxophone Manny Boyd and the trumpet player Danny Hayes. He recorded with them two albums, one with jazz standards and one with arrangements of Theo Kapilidis. In 1993 he records with the guitarist Lior Yekutielli from Israel and drummer Mark Halbheer from Switzerland. During that period, he performed live in various clubs in Greece and Europe along with Elli Paspala and David Lynch. In 1996 along with the guitarist Kostas Baltazanis and the drummer Petros Kourtis they created the «Iasis» trio and a same titled record.

At the same period he co-operates with David Lynch and Stavros Lantsias, who all formed the «Human Touch» band. The result of this collaboration was an album in 1998. This album is the result of their internal quest, a beautiful combination of modern technique, while sticking to tradition.

He also works with many Greek and foreign artists in recording albums and in live performances. In 2003 he collaborates for one live show in Thessaloniki with the world known drummer Billy Cobham. After that he appears with ‘Human Touch’ in many live shows in Greece and abroad, where they played their music in festivals and shows next to some of the greatest musicians of the world’s scene. Their new album «Movin’» was recorded in February 2004. 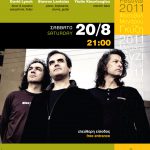 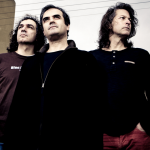 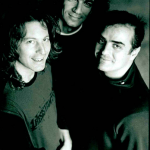 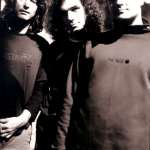 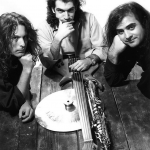 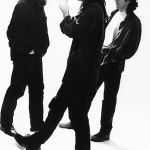 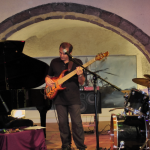 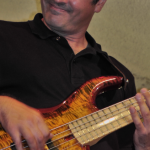 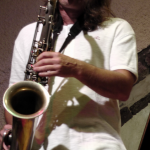 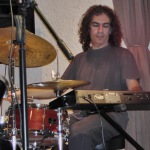 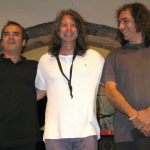 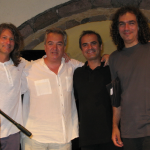 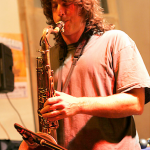 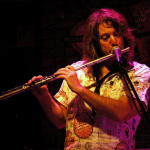 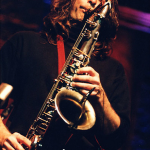 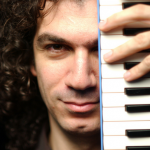 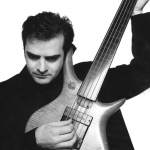