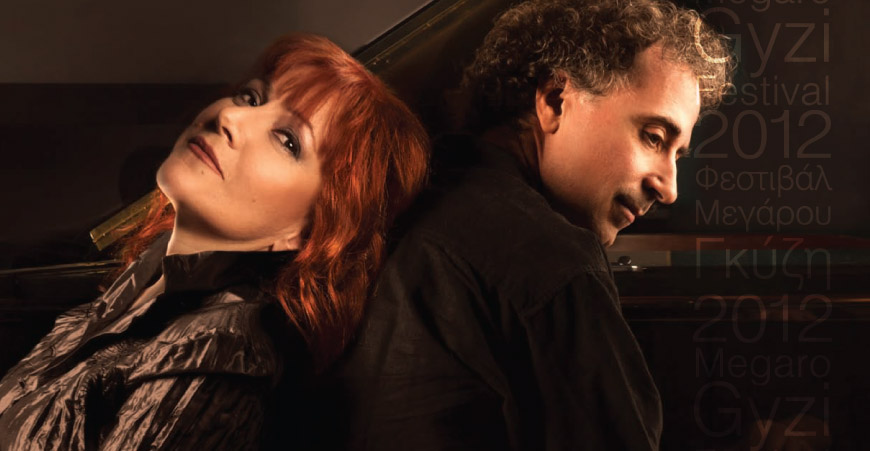 The festival continues on 7/8 with an unexpected music surprise from the singer Elly Paspala and the pianist Takis Farazis, a piano-voice program, titled «Rainbows, Moons and Bicycles», from two artists who will travel us to past and present English language love (and not only) songs, reviving the charm of another era in today’s dream! The unique singer Elly Paspala, sometimes tender, sometimes explosive, along with the virtuoso pianist Takis Farazis, awakens memories of our loves that we have lived and live. The past and the present of the English language love songs by two great Greek artists!

Elly Paspala was born in New York, the daughter of Greek immigrants. While still a high-school student she became a member of the cast in Jules Dassin and Melina Mercouri’s film “The Rehearsal”, where she also first met and worked with composer Mikis Theodorakis. Later she received her degree in vocals from the Manhattan School of Music, where she studied with Metropolitan Opera singer Judith Raskin and studied acting with William Hickey at H.B.Studios. Her love for Greece and contemporary Greek music played a decisive role in her choosing to make Greece her home in 1982.

Soon after arriving she embarked on a long-term musical collaboration with Academy award-winning composer Manos Hadjidakis, performing with him in concerts and recording several works including “Pornographia”, “The Ballads of Athinas Sreet”, “The Roman Agora”, “The Laiki Agora” and the film-score for Peter Ustinov’s film “Memed my Hawk”.

She has performed and recorded with countless Greek song-writers and composers such as Evanthia Remboutsika (“The Dance of the Stars”), Panayiotis Kalantzopoulos (“For the Habit of Love”, “Summertime in Prague”), Stamos Semsis (“Which God should I believe in?”, “The Island of the Lotus-eaters”, “Living a Lie”), Stamatis Kraounakis (“Music for an Image”), Mikis Theodorakis and Lena Platonos, to name a few.

Her musical identity defies easy categorization. Performances and recordings attest to her vast musical range, versatility and expressiveness, with renditions of songs ranging in styles from world-music to pop and jazz to traditional, from Manos Hadjidakis to Kurt Weill and from Tom Waits to Vassilis Tsitsanis (“In the Light of the Moon”, “Elly Paspala live at the Athens Music Hall”) rightfully granting her the reputation as being one of Greece’s finest and unique performers.

He was born in Athens in 1964. He studied classical music at the Hellenic Conservatory and in 1983 he attended the classes of the Hungarian jazz pianist Bela Lacatos. In 1984 he co-founded the jazz-fusion group ISKRA with which he released two albums (“A new day” and “Parastasis”). He has composed music for the group and he got involved later in other ventures and music styles. As an assosiate of the National Theatre of Greece, he has composed music mainly for Ancient Greek Drama productions participating in the Festival of Epidavrus (Euripides: “Alkestis”, “Ion”, “Medea” – Sophocles: “Antigone”, “Oedipus” – Aeschylus: “Persians”). He has also composed music for the cinema and he has worked with a wide range of Greek composers, singers and musicians, as an arranger and a pianist in a large number of recordings and concerts in Greece and Europe.

In 2010 he cooperated with Charles Lloyd and Maria Farantouri in Athens Concert (Herode Atticus Odeon), which was recorded and released by ECM in 2011. He has participated in international Festivals, like Brugges Festival (2001), International Festival of Jazz Piano in Prague (2005) and theatrical performances as a multi-instrumentalist in Europe, Australia, Africa, North and South America, China and Japan. His music combines different styles, balancing between classical, jazz and world music. His depute recording as a composer “Spells of Musing” has been praised in reviews and highly appreciated by the music lovers in Greece. “Spells of Musing” has also had an exceptional acceptance in Japan.

Beside his career as a composer and a performer, he also occupies himself by teaching piano.

Paspala sings of “Rainbows, Moons and Bicycles”
(from an interview with Helen Iatrou to “Athens News”, Dec. 12, 2011)

Singer Elly Paspala may have been born in New York and lived there for the first couple of decades of her life but she has never performed an entire show in English – up until now. Together with composer-jazz pianist Takis Farazis, she is presenting a repertoire of exclusively English-language songs, in a show entitled “Rainbows, Moons and Bicycles”. A tribute to mostly American songwriters, the program will feature classics penned by George Gershwin, Cole Porter, Leonard Cohen and Joni Mitchell, among others.

The “Athens News” spoke with Elly Paspala a few days before the show.
You are better known for your Greek art songs and ballads. Tell me about your show “Rainbows, Moons and Bicycles”.
Many of these songs are extremely well known. They just play into the socio-cultural myth, not just that of Americans or English-speaking people but Greeks, as well. These are songs that are deeply rooted in our psyche but, for the most part, I’ve never sung them.
Some are not well known at all. There are a couple of Gershwin and Cole Porter songs, but then I also wanted to include a younger generation of songwriters. There’s a Van Morrison song and one by Kiss, plus a Tom Waits ballad that is very beautiful. These are all songs that I love very, very much and I just really wanted and needed to sing them.

Do these songs have special meaning for you?
“Somewhere over the Rainbow” is a staple of my musical background but, up until a few years ago, I never even dreamt of singing it. Sometimes I feel that something is just so perfect the way it is and I do think that the way Judy Garland sings “Somewhere over the Rainbow” is just perfection. It’s like being in paradise. But suddenly I needed to make myself heard through that song. There was a time when I was singing it during the first performances and I would just break down. It was a very emotional experience for me. It reminded me very much of my childhood and my son is 12 going on 13 – it’s a song that talks about dreaming and envisioning another place, where problems don’t exist and everything is better and it’s so real. It really hit home, it became very powerful for me. I sing one of my favourite Joni Mitchell songs, “River”, which is so deeply rooted in my adolescence. Her lyrics and her music struck a very deep chord in me. I identified with her music very early on. Her lyrics are so poetic yet so direct.

Have you thought about recording these particular songs, perhaps?
I have a strange relationship with recording. I don’t enjoy it. I am more of a live performer, I really enjoy performing. The recording studio has always been very tedious for me and not an enjoyable experience. I do acknowledge that it helps a musician to progress and move on. It’s like a bit of a landmark for your music. I do cherish my recordings, even though I’m impossible when I record. I do want to record these songs with Takis because I do love them so much. We’re probably getting that under way after the holidays. The title will probably be the same, that is, the rainbows come from “Somewhere over the Rainbow”, moon comes from “Moon River” and “Moon Dance” and bicycles comes from Tom Waits’ song “Broken Bicycles”.

What music genres and styles do you prefer to sing?
I like all types of music and I don’t like to restrict myself to one kind and that is why I am not easily categorized. I have experimented with all types of songs, so it might seem very unorthodox to go from a song written by Hadjidakis to a song written by Tom Waits, but that never really mattered to me. I choose songs based on what happens to me when I hear them. When I see that something moves me or excites me or intrigues me, I need to identify with it. If I feel that I need to get it into my body and out of my mouth and soul, then that’s the song I’m going to choose. It doesn’t matter what genre it’s from. It just needs to speak to me. 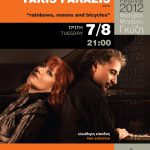 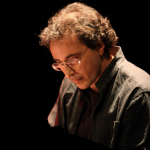 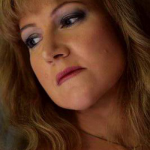 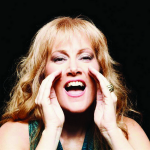 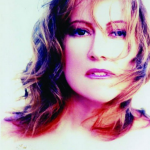 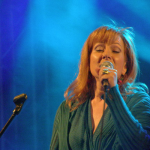 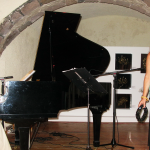 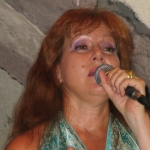 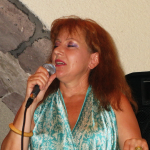 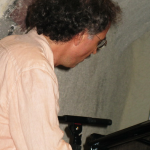 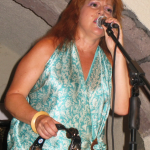 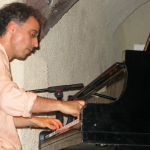 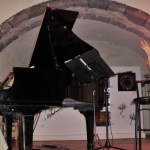 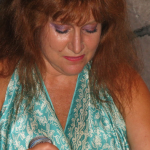