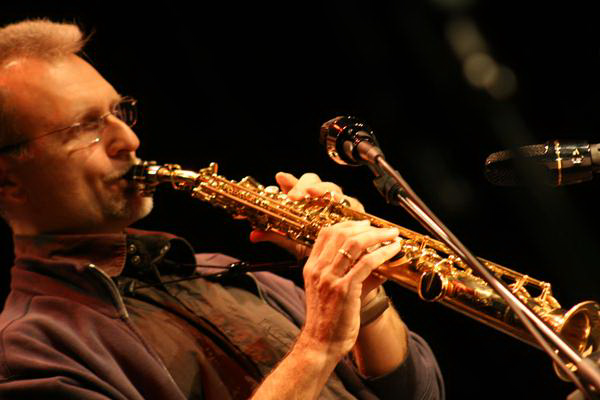 The Megaro Gyzi Festival 2010 is concluded on August 23rd with one of the most completed Greek musicians of jazz, the saxophonist Dimos Dimitriadis. He is accompanied by two extraordinary musicians of the younger generation with global presence, Lefteris Kordis on the piano and Petros Klampanis on the bass. They represent the current global face of jazz, living and appearing in New York. The band completes with the acclaimed drummer Alex-Drakos Ktistakis. Special guest: Panayota Chaloulakou (vocals).

Dimos Dimitriadis was born in Thessaloniki, Greece. After studying piano and classical guitar, he discovered jazz and started performing as a guitarist with one of the pioneering jazz groups in Greece. He subsequently moved to the USA on a scholarship to study jazz saxophone, flute and composition at Berklee College of Music, where he earned his Βachelor of Music-Cum Laude. He earned his Master of Arts in Music at Βennington College, while focusing on contemporary composition on one hand and fusing traditional greek music with jazz improvisation on the other. He has shaped his personal vision for jazz drawing inspiration from the groundbreaking work of his mentor the great soprano saxophonist Steve Lacy, as well as pianist Mal Waldron, trumpeter Βill Dixon, the legendary educator Joe Viola, and the powerful instrumentalists George Garzone, Jerry Bergonzi, and Hal Crook.

Dimos Dimitriadis performs in many countries (USA, Germany, France, Italy, Sweden, Finland, Switzerland, Portugal, Poland, Croatia, Latvia, Bulgaria) while also being active on the Greek scene. His musical qualities and experience allow him to work in jazz, ethnic music, avant-rock, or free improvisation while maintaining his personal concept of music. Playing in the Sonny Clark Project (with Keith Copeland and George Kontrafouris) is an example of working on the historical jazz repertoire, while his significant contribution to the extraordinary group Mode Plagal is playing Byzantine and Balkan music in a contemporary way. He has also created the groups Five Winds and the saxophone trio Saxo Viva! In his latest CD «The Game» (featuring Jeff Boudreaux, Marc Abrams and George Kontrafouris), Dimitriadis presents original contemporary compositions with references to the history of jazz. Among other Greek artists he has worked with there are Savina Yannatou, Maria Farandouri and Dionisis Savopoulos.

Besides composing, performing and recording, Dimitriadis is also known for his pioneering work in jazz education in Greece. He is the founder of a unique Jazz and Improvisation Program at the Ionian University in Corfu where he is appointed Assistant Professor of Saxophone and Director of Jazz Studies, the first and only academic position given to a jazz musician in this country. He has taught jazz seminars at the Sibelius Academy Jazz Department in Finland, the New School for Jazz and Contemporary Music in New York and the Bowling Green State University College of Musical Arts in Ohio.

His international involvement with education deepened in 2003 when he was elected Treasurer of the Daily Board of the «International Association of Schools of Jazz» (IASJ) (a unique global jazz education organization founded by Dave Liebman) and member of the advisory board of the International Society for Improvised Music (ISIM).

For the last 5 years he is also the Artistic Director of the Summer Jazz Academy and the Ionian Jazz Concerts in Corfu, organizer of numerous concerts and seminars by international artists and a contributor to the Greek «Jazz & Tzaz» magazine.

In 2007 he received a Fulbright Artist/Scholar grant to work in New York as a musician and composer and teach at the New School for Jazz and Contemporary Music.

Petros Klampanis grew up in Zakynthos island, Greece. There he had his first music lessons, started playing the electric bass and became member of local pop and rock bands. After finishing high school he moved to Athens in order to attend the National Technical University of Athens. It took him about 2 years to realize that the ship engineering course was not what he wanted. He decided to give exams for the Musicology department of Athens University, where he was accepted in 2001.

While being in Athens he had the chance of having lessons with many important Greek musicians. During the same period he was playing with some of the finest Greek jazz artists. He has taken part in various musical projects (Athens Big Band) and played in many venues in Greece (Megaron Mousikis Athens, Megaron Mousikis of Thessalonika).

He attended the double bass department of the Amsterdam Conservatory (2005-2007). Frans van der Hoeven, Arnold Dooyeweerd and Ernst Glerum were among his teachers. He has toured in Europe and taken part in many European jazz festivals. He has also received awards from competitions such as Hoeilaart Jazz (CLTrio), YPF International Jazz Concours (CLTrio) and Amersfoort Jazz Competition (JaZZest).

Since February 2008, he lives in New York. He is an Aaron Copland School of Music MA Jazz Performance graduate. Since his arrival to NY, Petros is performing regularly with great jazz artists from the NYC scene. Soon he is going to publish his debut album.

«…a young pianist & composer who has demonstrated an exceptional creativity, in both his playing & his writing, as well as showing us all, his very strong commitment & motivation to aim for high musical goals. Talent like his is rare» Steve Lacy

«A pianist with skill, touch, musicality and a gift for making songs from songs. Plus, he can swing! Give a listen» Bob Brookmeyer

Lefteris Kordis is a Greek-born pianist and composer. Just out of the Music Gymnasium and High School of Pallini in Athens, he performed with famous composer Mikis Theodorakis on piano and trumpet. While at the Ionian University in Corfu, Lefteris focused on both the trumpet and piano, and began to play jazz in addition to the classical repertoire he had studied since the age of four. During his years in Corfu (1996-2000) he studied jazz with Dimos Dimitriadis, Takis Paterelis, and George Kontrafouris.

Lefteris came to the U.S. as a Fulbright, Onassis, and Gerondelis scholar and earned his Master’s degree with honors at New England Conservatory in 2004. Currently, he is a doctoral candidate at New England Conservatory, supported by the Ruth Shapiro Memorial Scholarship, and has studied with Danilo Perez, Bob Brookmeyer, Jerry Bergonzi, Frank Carlberg, Michael Gandolfi, and Joe Morris, among others. Lefteris is currently studying with Charlie Banacos.

Lefteris has performed with Steve Lacy, Sheila Jordan, Joe Lovano, Robin Eubanks, Joe Hunt, Takis Paterelis, Robert Sadin, and Vasilis Saleas, among others in venues such as the Half Note Jazz Club in Athens, Cornelia Street Cafe in NYC, Jututuba Jazz Club and Umo Jazz club in Finland, Boston Symphony Cafe at the Boston Symphony Hall, Jordan Hall in Boston, Harvard University, Megaron Mousikis in Athens, Overture Center for the Arts in Madison, WI, at Virginia Commonwealth University, and in numerous Festivals in Greece as well as in the US.

Lefteris has two unpublished records and is getting ready for a third one based on Aesop’s Fables featuring his new octet.

Teacher: at Athens Modern Music School and scientific collaborator at the Musical Department of the Ionian University of Greece.

Panayota Chaloulakou sings Jazz, Greek, World, and Experimental music, as well as her own compositions based on poetry. Since she moved to the US in 2002, she has performed with saxophonists Steve Lacy and Joe Lovano, singers Sheila Jordan and Irene Aebi, bassist John Lockwood, and numerous emerging artists of the Boston music scene.

She has collaborated with theater directors, actors, and Greek folk and pop artists such as George Dalaras and George Perris. She currently leads her own Jazz Septet performing solely her original compositions, her jazz trio with John Lockwood and Lefteris Kordis, and the Greek Rebetiko trio Syn-Aulois.

Panayota has appeared in numerous venues in the US and Europe. She is a Fulbright scholar and graduate of New England Conservatory (MM 04), currently studying voice with Ms. Mary Klimek. 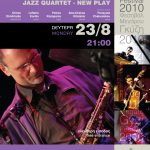 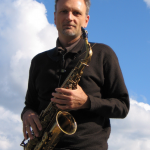 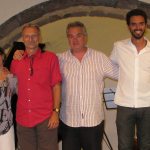 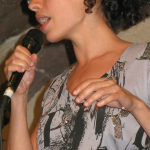 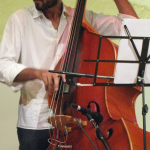 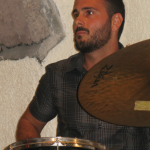 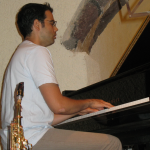 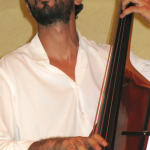 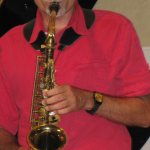 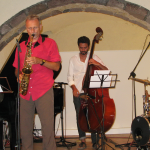 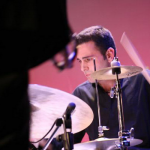 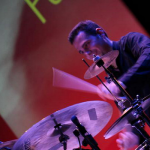 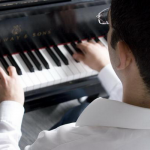 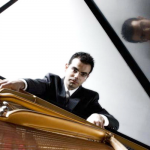 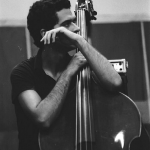 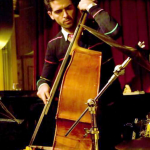 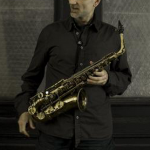 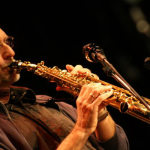 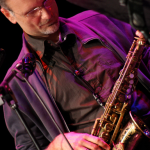