Born in 1994, in Wroclaw, she graduated from the Music School in Koszalin under the tutelage of guitar doyen Mr Zbigniew Dubiella. From 2013 she is a student of one of the most oustanding guitarist and teacher dr Łukasz Kuropaczewski at the Ignacy Jan Paderewski Academy of Music in Poznan. She bettered her skills at the Royal Danish Academy of Music in Copenhagen studying with prof. Jesper Sivebæk.

​A fact that she is already a prizewinner of over 30 international and nationwide competitions, solo and as a part of an ensemble shows her indisputable talent. Only last year she has been awarded with I and II prizes in Poland, Germany, Greece, Italy and Austria, including the 1st Prize in the Young Guitarists Competition of the Veria International Guitar Festival. The young guitarist was awarded by many scholarships in whole Poland. She had several dozen masterclasses with virtuosos from all over the world, among them: Manuel Barrueco, Pepe Romero, Marco Tamayo, Scott Tennant, Carlo Marchione, Thomas Muller – Pering.

Bianka performed concerts in Poland, Germany, Denmark, Greece, Italy, Austria, during many guitar festivals. She played as a soloist with Philharmonic Orchestras in Poland and Greece. In 2012 she recorded her first solo CD – “Guitar – my love” in the Polish Radio in Koszalin. As a result of her passion about composing we can listen to “Variations on a Polish folk theme”.

As a chamber music player Bianka keeps cooperating with Ewelina Koniec – lyric mezzosoprano, playing their own arrangements of Spanish and English music. 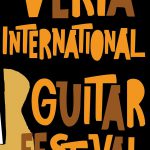 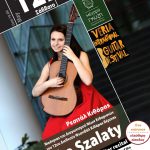