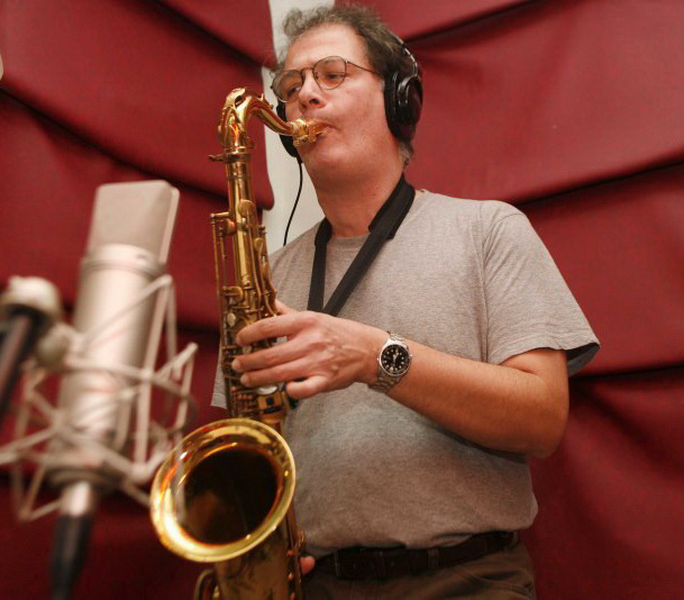 Antonis Ladopoulos and his jazz quartet will appear live at Megaro Gyzi Festival 2008 on Friday August 22. They are going to play Ladopoulos compositions and well-known jazz standards.

Antonis Ladopoulos was born in Athens Greece. In 1990, he earned a Bachelors Degree in Jazz Studies and Performance from William Paterson University of New Jersey, after attending its highly accredited Jazz Studies Program led by Jazz legend Rufus Reid. Upon the completion of his studies he received a Graduate Assistantship along with a full scholarship from Eastern Illinois University.

Since then, he has been leading his own groups and teaching the Jazz idiom in the greater Athens area. He has performed all over Greece, both with his own group and as a featured soloist. His personal discography includes 4 albums. He has appeared in numerous commercial recordings with various pop artists, as well as a soloist with the National Radio Orchestra. His quartet was featured in the celebrational events of the 2004 Olympic Games.

Antonis Ladopoulos is highly acclaimed as an educator. Today, some of his former students are among the top music professionals in Greece. He is the co-founder of Muse.gr music institute & record label and the creator and co-director of Muse Festival one of the most prestigious yearly Jazz festivals currently taking place in Greece.

Sami – Vassilis Amiris (or Sami, as everybody calls him), was born and raised in Thessaloniki. His first encounter with music was in a young age, with Mr. Panagiotis Moralis. Later, he attended «Anatolia College» high school in Thessaloniki, where he held a full scholarship during all years of study. Concurrently, he continued to study music with Mrs Matthaiou.

He studied mathematics in the University of Crete, and is currently attending graduate school in Athens. His interests include the foundations of mathematics, algorithms, complexity and algorithmic graph theory. Concurrently, he studied piano with Prof. Dimitri Toufexis, an internationally acclaimed pianist and conductor, and Julliard Alumnus and former instructor. He has taken part in a number of concerts and seminars, either as an active member or as audience. He has taken lessons in composition with Prof. Theodore Antoniou, Dr. Athanasios Zervas, and in jazz piano with the internationally acclaimed jazz pianist Mal Waldron.

Today, he continues his 10-year-long association with Zach Pinakoulakis. He is also a founding member of «Nucleus», along with Yannis Stavropoulos on drums and Perikles Trivolis on bass. Apart from these, he also collaborates with some of the most important musicians in the Athens scene.

In the area of teaching, he has quite a few success stories. People that have studied with him are currently studying or have graduated, either as undergraduate or graduate students, from some of the leading universities both inside and outside Greece (U.S., U.K., the Netherlands, etc.), either in the field of jazz or contemporary music composition.

Currently, he lives and works in Athens. He teaches in the «Muse» music school. He is married and is blessed with three children.

He is an active composer/arranger. His «Hybrids» suite for two pianos was performed, on two different occasions, at the Moscow conservatory by pianists N. Grossas and P. Yannakakis.

Pericles Trivolis, born in Athens in 1975, started his music studies at the Conservatory Philippos Nakas with music theory, harmony and electric bass.

1992-2001: he studies jazz composition at the Berklee College of Music in Boston, where he also accomplishes studies in acoustic bass.

From 2003 he has been working in Athens as professional musician and is cooperating with many outstanding artists, Greeks and foreigners as well, in jazz. 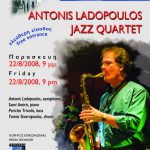 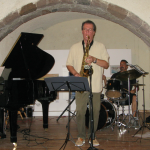 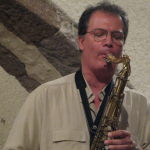 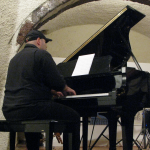 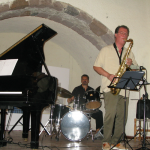 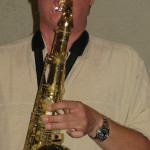 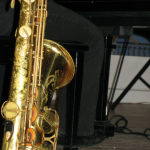 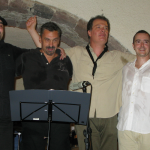 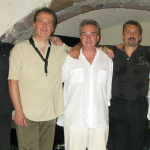 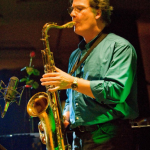 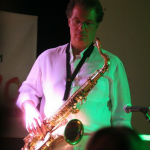 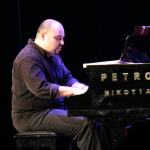 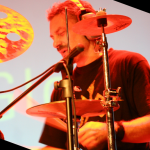 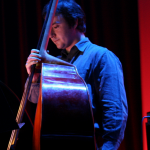